Why Karachi Kings are failing in PSL 2022? 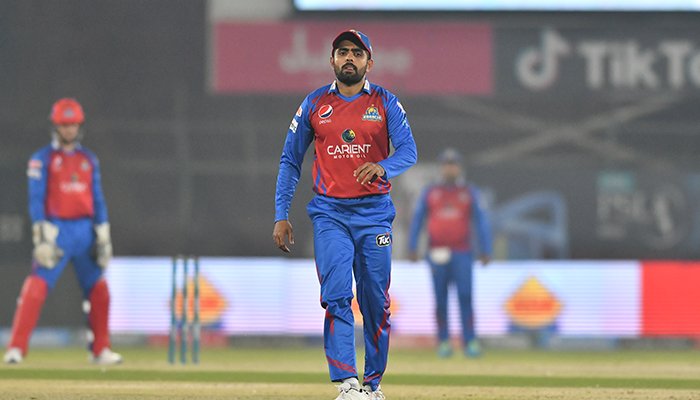 The Pakistan Super League (PSL 2022) is seeing Karachi Kings abruptly failing since they have failed to clutch a single triumph in all three games encountered. Multan Sultans handed over them a defeat in the opener. Babar Azam's men were later thrashed away versus Quetta Gladiators and Lahore Qalandars respectively. Losing the three consecutive matches with a quite decent margin, the Kings are currently on the last on the PSL 2022 points table with an unrequired NRR of -0.955.

The synopsis diminishes their chances to make it to the playoffs since the rest of the participants are doing wonders. The team has been one of the giants in all PSL seasons. Karachi's management opted to name Babar as the skipper this time overtaking Imad Wasim's tenure. Babar, who led Pakistan in the ICC T20 World Cup 2021 wonderfully, is so far failing to show similar glimpses in the PSL 2022.

Here are some reasons why Karachi Kings are failing to register a single win:

Too much reliant upon the top-order:

In the matches Kings have encountered so far, we have seen the batting line-up is too much reliant upon Babar and Sharjeel Khan's opening partnership. The duo add runs, but if they fail, the latter one collapses too.

Since the team is heavily reliant upon the Babar-Sharjeel part, we have seen how badly middle-order is collapsing. In the last match versus Lahore Qalandars, Sharjeel brought up 60 off 39 alongside Babar reaching 41 off 33, whereas, the middle-order batters hardly took charge of their duties.

Missing on Mohammad Amir has been one of the crucial blows Kings are going through. Azam, before the PSL 2022 kick-started, named Amir is the important and wicket-taking bowler of his side.

As Imad's captaincy was moving pretty fine with minimum flaws and a title back in 2020, there was no need to change the leadership role. Everything looks messed up in the Kings' squad.

We have witnessed that Sharjeel is taking charge of his duties with stamina but Azam has not been seen piling up what is expected from him. The leading run-scorer of the PSL, when needed to hit hard during the power play, is approaching to give max strike to the partner.

Lahore Qalandars fail to inspire despite the massive target