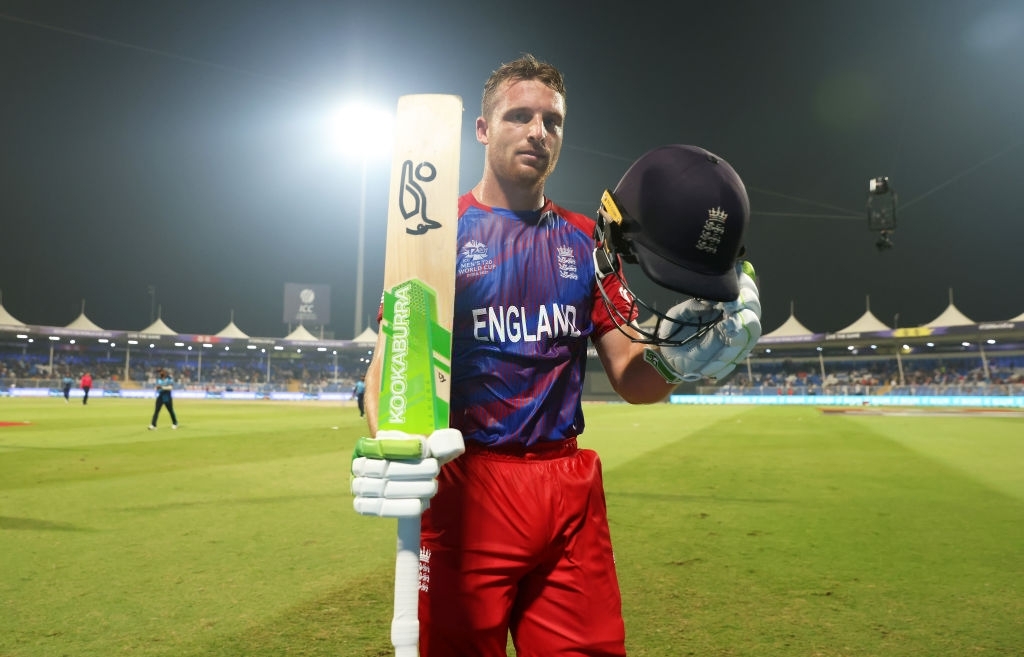 England's wicketkeeping batter, Jos Buttler has registered his maiden hundred of the T20 World Cup whilst playing against Sri Lanka in the ICC T20 World Cup 2021 game momentarily. Notably, his century is also the first-ever by any batsman in the ongoing season of the extravaganza.

Adding 101* off just 67 balls, he has enrolled the record for the second-highest individual score in a single edition of the T20 World Cup by England's batsman. Earlier, Alex Hales was only England's batter to have a hundred in the big event as he added 116* off 64 balls in 2014 versus Sri Lanka.

Whilst batting first, England were visibly struggling with the top-order as they lost three wickets on 35 runs. Captain Eoin Morgan played a second fiddle to Buttler slamming runs here and there to put up 163/4 on the scoreboard.

Notably, the highest scorer among all the century-makers is McCullum who slammed 123 vs Bangladesh on just 58 balls in T20 World Cup 2012.