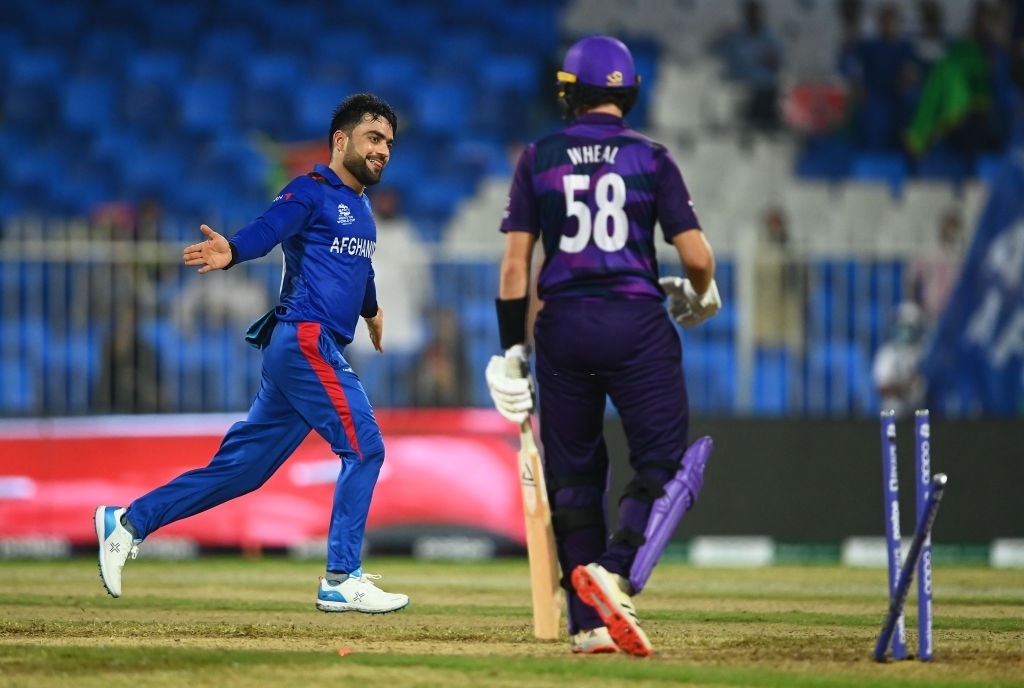 Afghanistan's leg-spin bowler, Rashid Khan has become the fastest (in terms of innings, time), youngest to pick 100 T20I wickets. He achieved the milestone during Afghanistan's Super 12s encounter against Pakistan as he picked the crucial wicket of Mohammad Hafeez.

Notably, he is the latest player to enter the truncated, elite list of bowlers with 100 T20I wickets including the likes of Tim Southee, Lasith Malinga, and Shakib Al Hasan. It took 76 matches for Lasith Malinga to reach the feat, whereas, Southee and Shakib required 84 T20Is for each to do so.

Rashid, the youngest, yet greatest of all, has taken only 6 years, 53 T20Is to achieve the record. He has always been a treat to watch for.

The 23-year-old bowled all with his heart but the team was subjected to downfall following Pakistan's Asif Ali delightful finishing. He scored 25* off just 7 balls including four big sixes in the 19th over to Karim Janat winning the third consecutive game for Pakistan.