WI vs Ban: Last chance for both teams 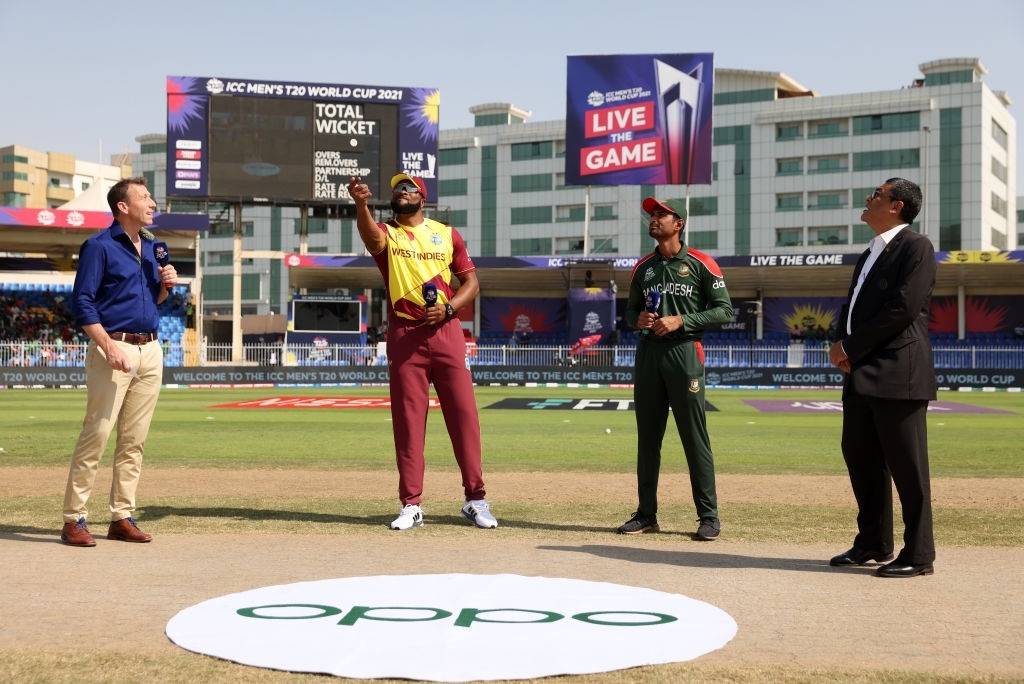 The high-voltage clash between West Indies and Bangladesh is underway as the two participants strive to pave their way for the T20 World Cup 2021 semifinal.

The men in maroon lost both of their warm-up matches against Pakistan and Afghanistan sequentially. Stepping in the Super 12 round, they later lost to England and South Africa respectively by six and eight wickets. On the other hand, Bangladesh lost to Sri Lanka and England by five and eight wickets in line in their Super 12 journey and could not win in any of the warm-up encounters either.

Although the chances for both are too dim, but they are hopeful of winning their next matches including the progressing one. Here are the scenarios for both teams to qualify for the T20 World Cup 2021 semifinal.

What West Indies need to do to qualify for the T20 World Cup 2021 semifinal?

Despite accomplishing a kinetic victory versus Bangladesh today, the West Indies will need to win the rest of the encounters versus Sri Lanka and Australia. However, if they lost vs BAN today, there will be no chance left for Kieron Pollard's men to be in the semifinal of the extravaganza.

Already, Australia and England have far better chances than any participant of Group A of Super 12s to get the ticket of qualification following their two consecutive wins of their respective campaigns. The two teams now need to approach one more of their three remaining matches.

What Bangladesh need to do to qualify for the T20 World Cup 2021 semifinal?

As mentioned, BAN vs WI going on the charts, Mahmudullah and co are left with no option but to win the game to somehow brighten their possibilities to be in the T20 World Cup semifinal. After that, winning versus South Africa and Australia are the next mandatory requirements for the Tigers.

No matter what, one among the West Indies and Bangladesh will run out of chances following their defeat during the continuing clash momentarily.