De Kock apologizes for not taking a knee 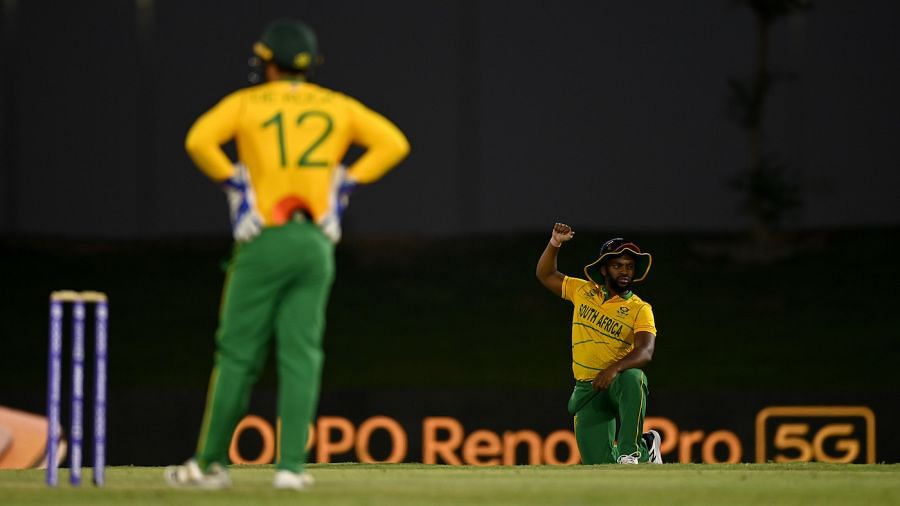 South Africa's wicketkeeping batter, Quinton de Kock, has finally opened up on the matter of not taking a knee before Proteas kick-started their second encounter of the T20 World Cup 2021 versus the West Indies.

Cricket South Africa (CSA) told their players to collectively take a knee in respect to Black Lives Matter campaign. After De Kock was not seen doing so and made himself unavailable for selection that day, he was in the headlines being called 'racist'.

After four days of wait, he had an emotional chat with the board on Thursday where he tells it hurts to listen to oneself as a racist. He explained that there is no issue in taking a knee as players, social workers are an example to the lookout, he is ready to approach the act whenever required.

de Kock issued an apology and informed his multi-cast family background. He says he owns a black stepmother and colored half-sisters. Furthermore, he says he feels as if his rights were taken away imposing the directive as compulsory for all the players.

His act was found more offensive as South Africa were to play their game against the purely black oppositions, the West Indies.

He says Black Lives Matter to him since the day he was born and holds no discrimination in his heart regarding anybody. Notably, Temba Bavuma is the team's first-ever Black Captain. He wondered for the act but respects the chap despite it.

Notably, he earlier denied taking a knee during South Africa's Test against West Indies in St Lucia. He explained,

"My reason? I'll keep it to myself. It's my own, personal opinion. It's everyone's decision; no one's forced to do anything, not in life. That's the way I see things."

Here are de Kock's statements for not taking a knee with other players: