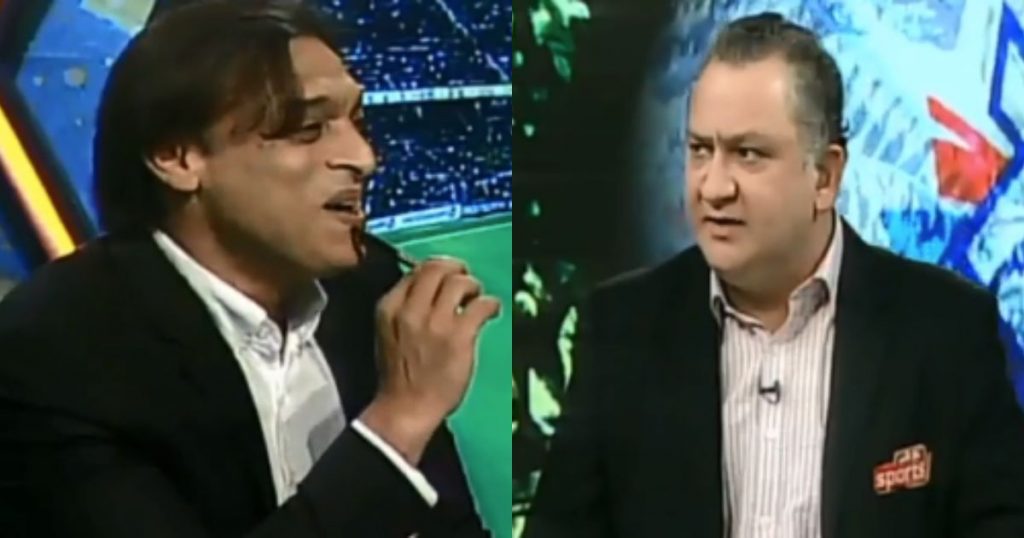 The verbal spat between Dr Nauman Niaz, who was hosting the show "Game On Hai" on PTV Sports, and Shoaib Akhtar is the trendy topic to debate about. Nauman insulted Akhtar, who was one of the guests amongst Sana Mir, Sir Vivian Richards, Umar Gul, and David Gower, over a clueless reason.

Akhtar commented about Lahore Qalandar's role in bringing the pacers, Shaheen Shah Afridi and Haris Rauf, who have been proving themselves as an asset to the team. Niaz, for no apparent reason, lashed out at him and told him to go on-air.

Pakistan's former Test bowler waited for an apology and wanted to solve the matter with grace in front of the foreign guests but Niaz, who is now bashed for his rude and inappropriate behavior, did not issue an apology to him.

“You are being a little rude so I don’t want to say this but if you’re being over-smart then you can go. I am saying this on air.”

Akhtar, who did not want to resign, was forced to leave PTV Sports after Niaz was not shameful of his insulting remarks. Twitter trends with #NaumanNiaz and #ShoaibAkhtar and wants the host to issue an apology to Akhtar, who has given a lot to Pakistan Cricket.

Not only Pakistan Cricket fans, but the anchors, media personnel from each forum have stood with Akhtar bashing Nauman Niaz for his arrogance. People say Niaz does not hire people and should respect the stars on a live transmission. The watchers find out no respect in him for the country's heroes. They say Nauman Niaz does not know how to treat guests.

After a lot of murmurs, Akhtar finally opened up on the synopsis, he posted a video on Twitter in which he declared,

“He sidelined me after abruptly insulting me — a national star — on national TV and then went on break. I realized that superstars and foreigners are sitting and what image would be delivered so I asked Nauman to end the matter otherwise what you’ve done with me will go viral and there will be no solution to that.”

Multiple clips are circulating on social media so I thought I shud clarify. pic.twitter.com/ob8cnbvf90

As PTV has taken notice of the incident, the channel announced to form a committee to examine the matter. As soon as the results will be out, OPN Cric will update the readers with more entertaining cricket trends.