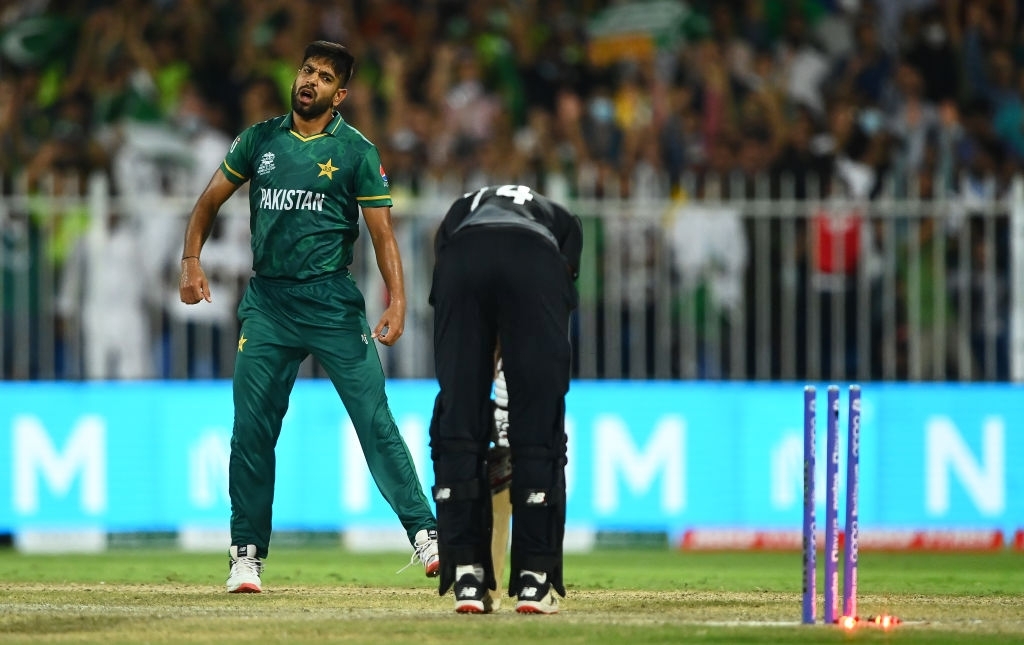 Haris Rauf, Pakistan's seamer, who has been under hot water following his loss form after the ninth season of the Big Bash League (BBL), is shutting his critics down with the blockbuster performances in the ongoing ICC T20 World Cup 2021.

Rauf, the right-arm fast-bowler, who was criticized for his selection in the Pakistan T20 World Cup squad, has been dominating green shirts' bowling line-up from the very first over he bowled in the campaign's opener versus India. He yielded 25 runs in four overs and grasped a crucial wicket of Hardik Pandya.

As Pakistan encountered the latest arch-rivals, New Zealand on Tuesday, Rauf stepped in the ground with same optimism as the fans now come forward posting 'your apology should be as louder as your disrespect was' in his favor.

Moreover, his journey in Pakistan's warm-up games of the T20 World Cup has remained outstanding too. As scheduled, facing the West Indies at first, he gave huge setbacks to the men in maroon picking 2 for 32, however, the lad was wicketless in the next warm-up extravaganza versus South Africa with 33 runs.

Pakistan are now scheduled to play against Afghanistan on 29th October and the lookouts now expect him to be the key bowler of the line-up.