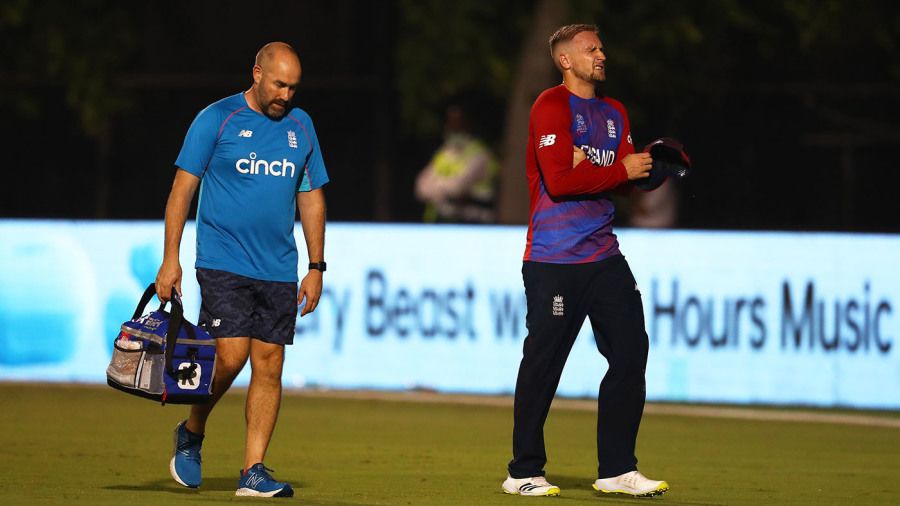 Notably, England are scheduled to kick-start their, T20 World Cup campaign versus the West Indies on 23rd October but might miss on Livingstone's services.

He left the field with his swollen left hand's little finger after dropping a catch on mid-wicket. It is pertinent to mention that his team lost by seven wickets versus Virat Kohli and co. Currently, his medical reports are underscan and will be assessed in 24 hours.

One of the sources of the England and Wales Cricket Board (ECB) added that Livingstone will miss the team's next warm-up match scheduled for 20th October vs Kane Williamson's New Zealand.

Earlier, whilst building up a target for India, he smashed 30 off 20 balls including four fours and a six alongside grasping the big wicket of Kohli. His bowling figures include dispatching two overs, conceding 10 runs, and picking a wicket.

Although the all-rounder has a truncated T20I career but if the injury gets serious, it will be a huge setback for England who are already without Ben Stokes and Jofra Archer. Moreover, they rested Eoin Morgan in the first warm-up match as Jos Buttler led in his absence.