Cricketer Mohammad Irfan has a message for his fans 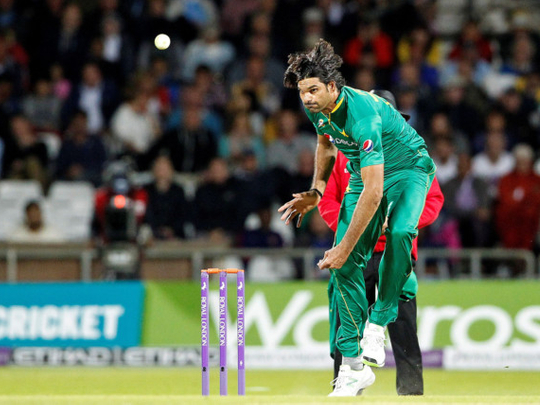 Pakistan's left-arm seamer, Mohammad Irfan, has urged fans to refrain from making statements about the possibility of Pakistan not participating in the 2023 World Cup, which is scheduled to take place in India. The political tension between the two countries has led to increased speculation about the potential for Pakistan to withdraw from the tournament.

Former Pakistan Cricket Board (PCB) chairman Ramiz Raja has previously stated that Pakistan may consider withdrawing from the tournament if the political tension between the countries persists. Since 2013, Pakistan and India have only played each other at major cricket events such as the World Cup, T20 World Cup, Champions Trophy, and Asia Cup.

Irfan believes that sports and politics should be kept separate, stating that everyone wants to see Pakistan play India, as it is one of the most highly-anticipated matches in cricket. He calls for cricket to be separate from politics, saying that the decision on whether or not to participate in the tournament should be left to the PCB.

“I have said it before, players should be kept away from politics. Pakistan should go to India, and India should come to Pakistan to play. It increases love between people from both countries,” said Irfan. “Cricket should be separate from politics. Don’t go with statements that Pakistan won’t come to India; let the board decide it,” he maintained.