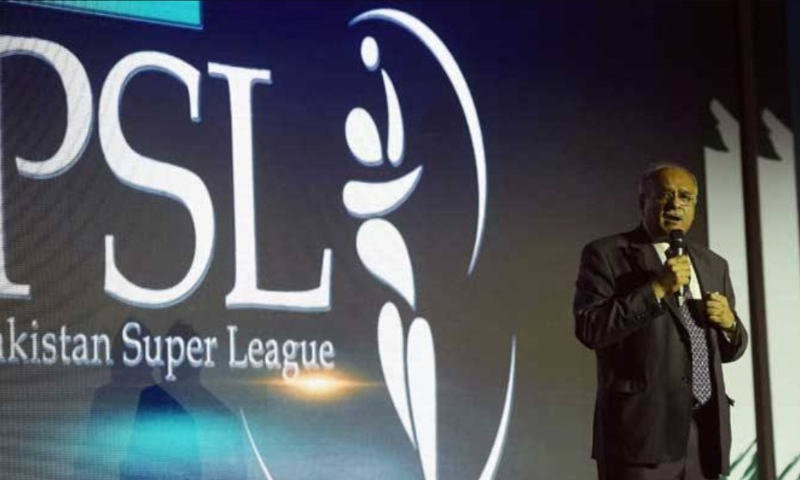 As the 8th edition of Pakistan Super League (PSL) approaches, the Pakistan Cricket Board (PCB) is focusing on amplifying the tournament's media coverage. According to PCB Chairman Najam Sethi, journalists were sent to the UAE for the inaugural edition of PSL to invest in the league's branding.

One of the most striking aspects of Sethi's announcement was the lack of infrastructure investment in Pakistan's stadiums over the last four years. However, he did mention that the Khyber Pakhtunkhwa government claims the Arbab Niaz Stadium in Peshawar will be ready for international cricket and PSL within the next six months.

Music and entertainment also play a big role in PSL, and Sethi revealed that Pakistani singer Ali Sethi may be asked to sing the anthem for the tournament. The chairman also plans to discuss the possibility of adding two more franchises to the league with the current teams.

Players' safety and well-being is a top priority for the PCB and the franchises. All players participating in PSL8 have been asked to return home two weeks before the tournament starts, in order to protect them from the demanding schedule of international cricket. Sethi also announced that a rule from his previous tenure, which prohibited players from participating in more than two T20 leagues across the world, will be reinstated.

Sethi also mentioned that he will resign from his position as Chairman of PCB if a new Patron in Chief is appointed in the near future. Meanwhile, the franchises are happy with the PCB as the central pool has increased by more than 60%, with 95% of the revenue going to the franchises.

The PCB has also planned to schedule an exhibition match at Bugti Stadium in Quetta this year which will be broadcasted on PTV Sports, and also three women's T20 matches during PSL8 as a trial for the Women's League scheduled later in September. These matches will also feature foreign women cricketers as well.

The opening ceremony of PSL8 is expected to be held in Multan Cricket Stadium, as every city has the right to host PSL opening ceremony. Sethi also mentioned that Cricket fans in Multan have shown great presence during PSL in the past.

All in all, the 8th edition of PSL promises to be a grand success with the PCB's focus on media coverage, player safety, and entertainment.