From "potato" to PSL star: How Azam Khan used trolling as motivation to prove his critics wrong 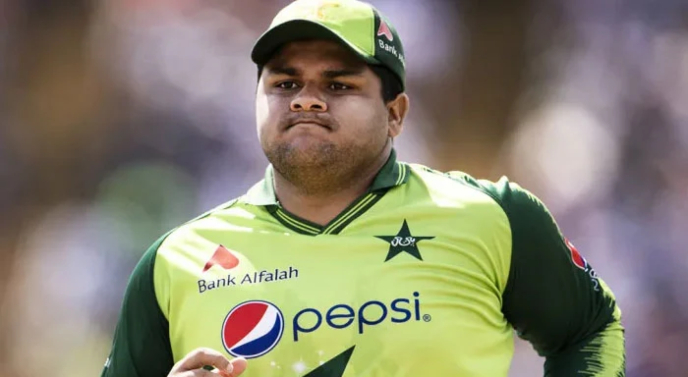 Azam Khan, a Pakistan wicketkeeper-batter, has shared how he used the negative comments and nicknames he received about his physique as motivation to overcome the challenges he faced. Azam, the son of former Pakistan cricketer Moin Khan, wrote words like “aloo [potato], laddu [a sweet], haathi [Elephant], fatso, and big boy” on scraps of paper and posted them to his wall as a reminder to prove his critics wrong.

He revealed that when he made his professional debut with Quetta Gladiators in the Pakistan Super League (PSL), he faced harsh criticism from many people, including accusations that he was selected for the team due to his father's position as the head coach. Despite this, Azam didn't let the negativity get the best of him, instead he used it as a drive to work harder.

Determined to improve himself, Azam spent time at the National High-Performance Centre in Lahore, working on an exercise and diet regimen, and improving his aerobic capacity in the gym. He was able to lose 30 kgs in a year. His hard work paid off, as he was impressive for Islamabad United in the PSL 2022, scoring 296 runs in 11 matches at a healthy strike rate of 141.62.

Despite his success in T20 leagues worldwide, Azam has not been able to make a name for himself in international cricket. He has not been part of the national T20 side since playing three T20Is against England in 2021. Despite this, Azam remains optimistic and believes that if a player is scoring runs, then that should be the only criteria for selection, regardless of their physique.

His story serves as an inspiration to those who face similar challenges and criticism. Azam Khan's determination and hard work in the face of negativity is a testament to his resilience and character. He turned a negative situation into a positive one by using the negative comments as motivation to improve himself.

Azam's success in the T20 leagues worldwide, despite not being able to make a name for himself in international cricket yet, is a testament to his determination and hard work. He has shown that with hard work and perseverance, anything is possible.

In addition to his success on the field, Azam has also been a role model for many young players who may be facing similar challenges. He has shown them that it's possible to overcome adversity and achieve success, regardless of what others may say or think.

Azam's story also highlights the importance of not judging a person solely based on their physique. Performance and ability should be the only criteria for selection, and not one's physical appearance.

In conclusion, Azam Khan's story serves as an inspiration to many. He has shown that with hard work and determination, it's possible to overcome obstacles and achieve success. He has also highlighted the importance of not judging a person based on their physique and the fact that performance should be the only criteria for selection.