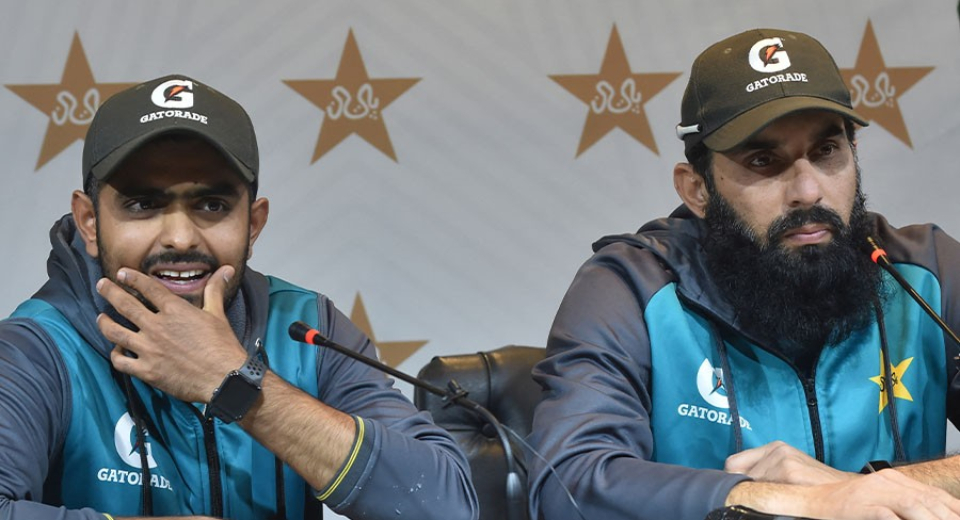 Misbah-ul-Haq, a former captain and coach of the Pakistan cricket team, has publicly defended current all-formats skipper Babar Azam against claims of an attempted undermining of his leadership. In an interview with Geo Super, Misbah emphasized that efforts to weaken Azam's authority are detrimental to the team and that all stakeholders in Pakistan cricket should work together to make decisions in the best interest of the sport.

He mentioned that visible campaigns to weaken the captaincy and press conferences asking uncomfortable questions are not good for the team. Misbah also expressed his views on having one captain for all formats, which he believes will avoid creating a political environment; he thinks having one captain for different formats will not be good for the team.

Misbah acknowledged that Pakistan is a strong team in white-ball cricket but expressed concern that the Test team was "off-track" and stated that Test team development is not easy as Pakistan gets to play fewer Test matches.

It is worth mentioning that many former Pakistan players want Babar Azam to be removed from captaincy from all three formats. However, Misbah views it differently, and his statement will likely add weight to the arguments of those who want Babar Azam to retain the captaincy across all formats. Misbah is a highly respected figure in Pakistan cricket, and his support for Babar Azam could go a long way in strengthening the skipper's position.