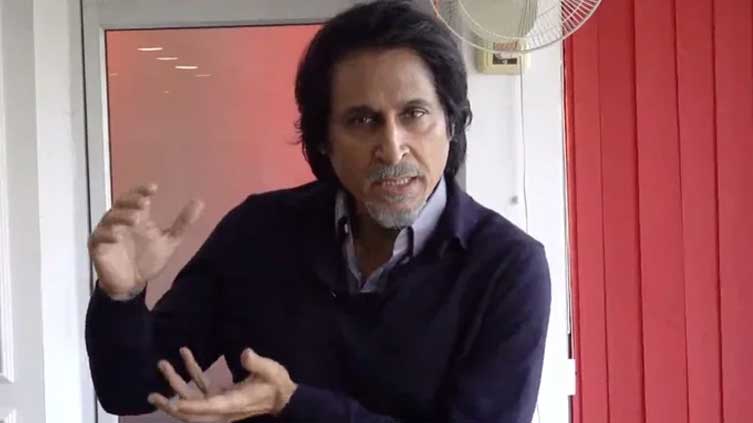 Former chairman of the Pakistan Cricket Board (PCB), Ramiz Raja, has recently alleged that India has the mindset to limit Pakistan's progress in the sport. In an interaction at the Government College University in Lahore, Raja said: "India's mindset is to limit us. The International Cricket Council (ICC) gets revenue from India, and it becomes influential." He also stated that the Asian Cricket Council (ACC) gave the Asia Cup to Pakistan but that India may be trying to take it away.

Raja's statement comes after the former PCB chairman himself announced in October of last year that Pakistan would not go to India for the ICC World Cup 2023 if India pulls out of the Asia Cup 2023 in Pakistan. This statement came after the BCCI Secretary, Jay Shah, stated that India would not go to Pakistan for the Asian event. The PCB officials warned that this move could "split" the international cricket community.

It should be noted that Raja was dismissed as the PCB Chief in December following the formation of a government-led 14-member committee led by Najam Sethi. Under the new management committee, the PCB Constitution 2014 was restored, while the legislation of 2019 was repealed. Raja criticized the restoration of the Constitution, stating that it has brought Pakistan cricket to a "dark age." He also criticized the move as an "abuse of youth" because it causes confusion and uncertainty for the future of Pakistani cricket.

Raja also praised the recent achievements of Pakistan's white-ball teams, suggesting that changes should not be made as it could lead to negative results. He stated, "There have been attempts to force things. A great team has been made for white-ball cricket as many stars have been developed. If you change the team, it will get negative results, and nothing will be achieved. Pakistan has played in the final of the World Cup. Is it a small thing? Babar and company's focus is on cricket."

Furthermore, Raja spoke against players who engage in fixing and said that they don't have any regard for his book. He said, "Those involved in fixing and that is tainted are not regarded well. Such people have no regard for my book. I am from an era when nine players were fighting for the win while two were just playing around." He also commented on the appointment of the vice-captain of the ODI team for the New Zealand series and the exclusion of Sarfaraz Ahmed from the national team.

In addition to his comments on India's perceived attitude towards Pakistan and the state of Pakistani cricket, Raja also addressed several other issues related to the sport. For example, he spoke out against the inclusion of players who have been involved in fixing in the national team. He said, "I have no respect for players that engage in fixing. Such people have no regard in my book." Raja's comments here are particularly noteworthy as cricket has had a long-standing problem with match-fixing and corruption, and there have been several high-profile cases involving Pakistani players in recent years.

Raja also touched on the appointment of Shan Masood as vice-captain of the ODI team for the New Zealand series. He expressed his opposition to the move, saying that a player who is not part of the permanent team has been made Babar's deputy. He argued that this puts unnecessary pressure on the white-ball team and that there is no point in making such changes.

Furthermore, Raja also opened up about Sarfaraz Ahmed's exclusion from the national team. Sarfaraz Ahmed, who is known for his exceptional performances as a wicket-keeper batter, returned to the Pakistan team after almost four years and scored 355 runs in four innings against New Zealand. Raja said, "Sarfaraz Ahmed has always been a part of the team. The coach and captain have to choose from 16. I have tried to make the captain strong."

In conclusion, Raja's comments have sparked a lot of debate and discussion about the state of Pakistani cricket and have also drawn attention to some of the broader issues facing the sport. While some of his observations and criticisms may be valid, it's important to remember that cricket is a complex sport and that there are many factors that contribute to its success or failure. Nevertheless, Raja's comments certainly provide food for thought for those involved in the sport and for fans alike.

Pakistan on the verge of becoming World's number one ODI team