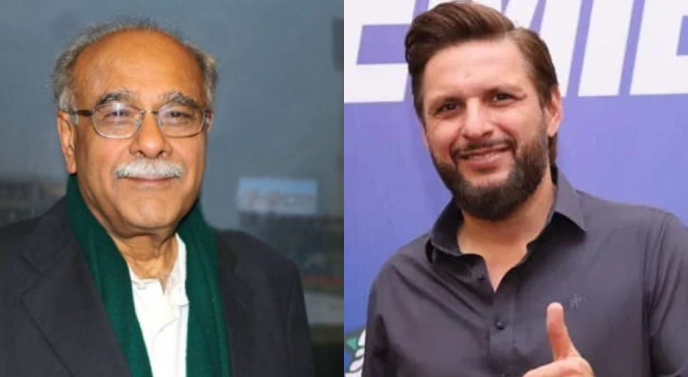 Najam Sethi, Chairman of the Pakistan Cricket Board’s management committee, has endorsed Shahid Afridi as the interim chief selector for the national team. Afridi, a former captain of the team, was appointed to the position by the PCB management committee, which Sethi leads, ahead of the home ODI series against New Zealand. Other members of the selection panel include Abdul Razzaq and Rao Iftikhar Anjum, with Haroon Rashid serving as Convener.

Sethi praised Afridi as a player who would make "bold decisions" as part of the committee and stated that the team will now play in the "true spirit" of the game. Afridi's appointment follows the dismissal of Pakistan cricket chief Ramiz Raja, who was a member of the team that won the 1992 World Cup. Raja was removed from his position after the team suffered a 3-0 home series whitewash at the hands of England.

On Sunday, Afridi's selection committee met with head coach Saqlain Mushtaq and captain Babar Azam to finalize the ODI squad for the New Zealand series. Afridi said that the committee discussed "aggressive cricket, good pitches, and positive strategy" and aims to prepare the team for success in other countries by removing fear from the hearts of players.

Sethi spoke highly of Afridi's popularity and the impact he could have on the selection committee, stating that he is the sort of person who can "realize where old is still gold." The committee will be responsible for player selection and team strategy in an effort to improve the performance of the national team.