Imam does not like his comparison with uncle Inzamam 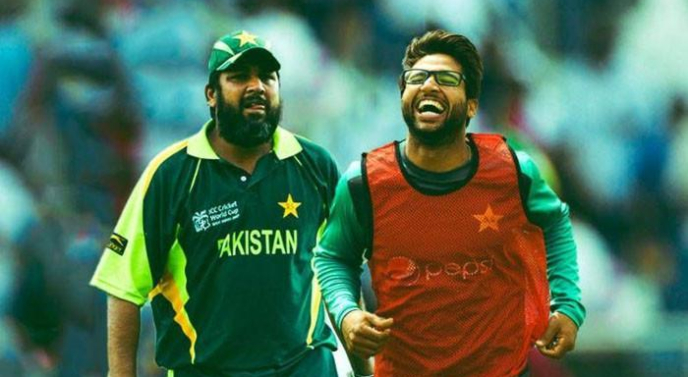 Pakistani opener Imam-ul-Haq has revealed that he once struggled with the pressure and comparisons to his uncle, former cricketer Inzamam-ul-Haq. Despite the challenges, Imam emphasized that he worked hard and earned his place on the national team through his performances at the domestic level.

Imam credited Pakistan captain Babar Azam with supporting him and helping him navigate the challenges of the early stages of his career. He also highlighted the importance of having a strong support system, including his family's fighting spirit and the guidance of good people around him.

“If I'm being honest, I felt I should tell chachu (Inzamam), ‘what was my mistake?’,“ said Imam while speaking to Pakistan Cricket. “But some things come unwanted in your life. People say that I handled it well, but I actually didn't. I just went with the flow because I had no other option. I came after a long process as well; I played two U19 World Cups, played in 45 first-class matches and had an average of 50 in the Qaid-e-Azam trophy when I was first picked in the team."

“Initially, I couldn't handle the pressure, and I won't lie. I didn't know what to do. And I would like to mention Babar here. He played a very big role in supporting me. We played a lot of cricket together. And it was vice-versa; if he had doubts, we used to discuss them as well. In my family, we are all fighters and we don't give up easily. So I kept on putting in the hard work, and I had good people around me,”

These struggles seem to have paid off, as Imam recently scored a crucial 96 in the second innings of the first Test against New Zealand. He will be looking to continue this strong performance in the upcoming second Test, set to take place in Karachi on January 2.

Despite the challenges he faced, Imam remained focused on his goals and continued to work hard. His perseverance has now paid off with a solid place on the national team and impressive performances on the field.

As he continues to grow and develop as a player, Imam will no doubt be an important asset for the Pakistani cricket team. His determination and resilience serve as an inspiration to aspiring cricketers everywhere.