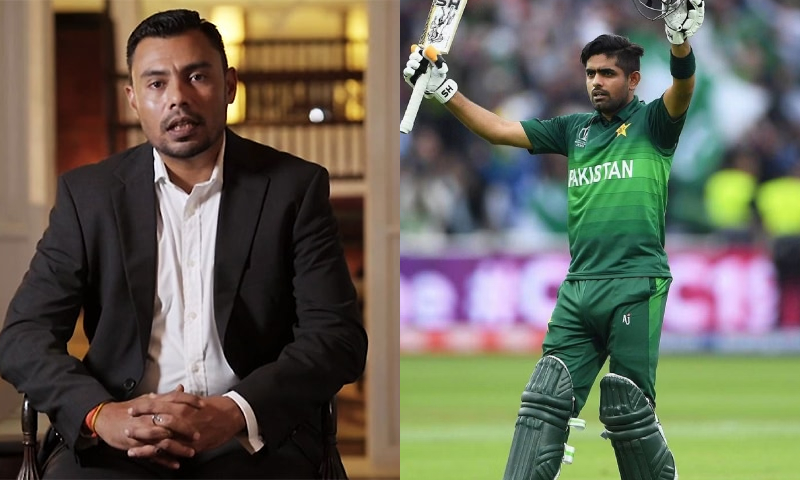 Danish Kaneria, the former Pakistani cricketer whose whole international career was demolished on the cusp of a match-fixing scandal, has taken the courage to talk about Pakistani skipper Babar Azam, that too in a negative way.

According to Kaneria, everyone’s favourite hero Azam is a ‘big zero’ when it comes to leading the team, precisely in Test Cricket. Apart from Danish's ruthless comments, it is pertinent to mention here that Azam is the first-ever Pakistani captain to defeat India in a World Cup match. Under the right-handed batter's captaincy, Pakistan qualified for the three big events sequentially; World Cup 2021 semifinal, Asia Cup 2022 final, and the T20 World Cup 2022.

Apart from a long list of records and just a couple of failures which also include Pakistan’s incapability to pass the ‘easiest World Test Championship cycle’, the cricket experts and the fans have got something to talk about, alongside the critics having much more to debate on. Danish is one of the cruel critics.

As per the ex-cricketer, who had been sidelined from the squad for his involvement in match-fixing and other controversies,

“Babar Azam is a big zero as captain. He doesn’t deserve to lead the team. He is not capable of leading the team, especially when it comes to Test cricket,”

Kaneria furthermore commented that Azam should learn captaincy from Ben Stokes and the England team’s head coach Brendon McCullum. The ex-player also opines that putting the ego aside and learning captaincy from Sarfaraz Ahmed could have been worth it. His controversial mentions came after Pakistan were a clean sweep in a three-match series against England.

He had a good chance of learning captaincy by looking at Ben Stokes and Brendon McCullum during the series. Or, he could have kept his ego aside and asked Sarfaraz Ahmed how to captain,”

Apparently, people often compare Babar to ex-Indian captain Virat Kohli, and Kaneria has disfavour with that too. He says it will take a long for the Pakistani skipper to reach Kohli’s class, who now has 72 international hundreds.

“People should stop comparing Babar Azam to Virat Kohli. The likes of Virat Kohli and Rohit Sharma are very big players. Pakistan have nobody in their team who can be compared to them. If you make them talk, they will be a king. When you ask them to produce results, they’ll be zero,”