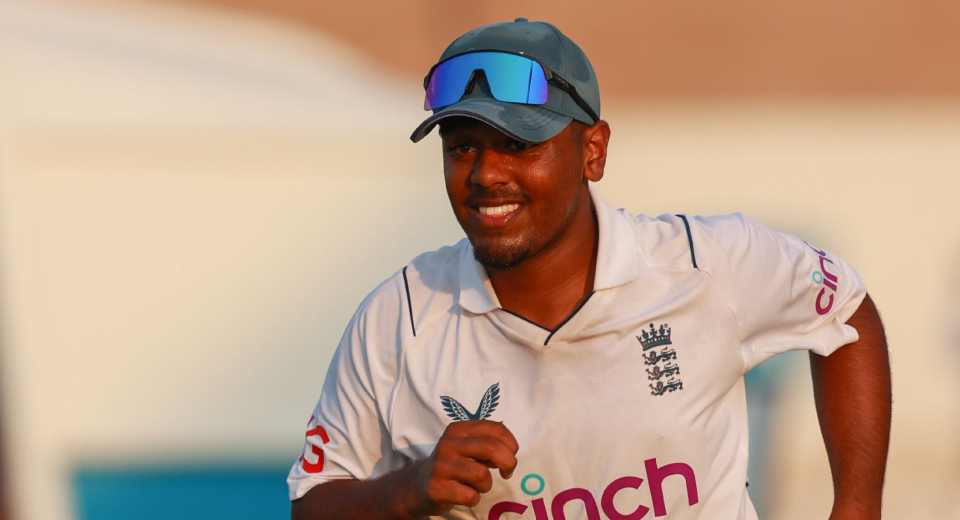 England's bowling all-rounder with leg-break google speciality, Rehan Ahmed, has become the youngest-ever player to bag a five-wicket haul on the Test debut. Rehan, who has roots in Pakistan, turned out to be a vital cog for his side during Pakistan's second inning as he managed the crucial wickets of Babar Azam, Mohammad Rizwan, Agha Salman, Saud Shakeel, and Mohammad Wasim.

As a result of four important batters losing their scalps to Rehan without massive contributions apart from Babar-Saud's fifties, Pakistan were all out of 216, developing not so massive lead for the visitors to chase in the fourth inning of the game.

Momentarily, England are 97-2 and need 70 more runs to win the third consecutive test against Pakistan. Unfortunately, it's going to be a whitewash for Azam and co in the three-match test series, which was an essential part of their World Test Championship 2023 cycle.

Concerning Rehan's record, The young bowler, who is 18 years and 126 days old, has outperformed Australia's Pat Cummins to become the youngest ever to take five wickets on his Test debut. Notably, Cummins achieved this milestone at the age of 18 years and 193 days.

He, during Pakistan's first innings, bagged Faheem Ashraf's and Saud's wickets. It shows that the young spinner has justified his selection by picking seven wickets in the very first test match of his career. However, it should be noted that he was not named in the initial squad for the Pakistan tour and was picked during the training sessions in Abu Dhabi.