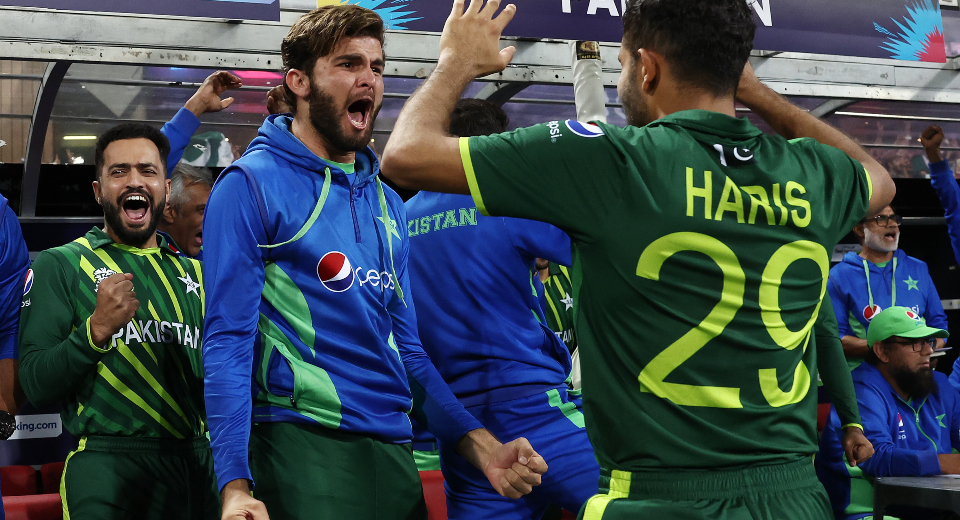 From being on the verge of being kicked out to reaching the semifinal against all the offs, Pakistan is now the first side to qualify for the ICC T20 World Cup 2022 final.

The two successive losses against India and Zimbabwe almost dethroned them from the tournament as the trolling posts from across borders spun all across social media. Nevertheless, they tend to overpower the Netherlands, South Africa, and Bangladesh, respectively. From devising possible chances to reach Pakistan's airport, they have bid farewell to all the odds, bouncing back unrealistically.

Pakistan are now entirely back in the tournament, with no ifs and buts left and no more reliant on other teams' wins and losses. They now anticipate the team to join them in the final showdown as the second semifinal of the World Cup 2022 is scheduled to take place on November 10th. Either India or England will reach the final alongside Pakistan. If England do so, it can definitely be said with the context of World Cup 1992 that history is repeating itself.

Earlier on Wednesday, New Zealand won the toss and selected to bat first. Following the exciting fielding and bowling of the men in green, they could compile 152 on the loss of four wickets. Later, when the Babar Azam-led men stepped in to chase, Babar and Mohammad Rizwan presented the treats to the lookout, eventually shutting up all the critics around there.

They single-handedly took things in their endorsement. After their collapse, Mohammad Haris and Shan Masood took charge of the duties, and concluded in style, with all cheers for Pakistan, the first side to qualify for World Cup 2022 final.

This Sri Lankan cricketer has been accused of sexual assault