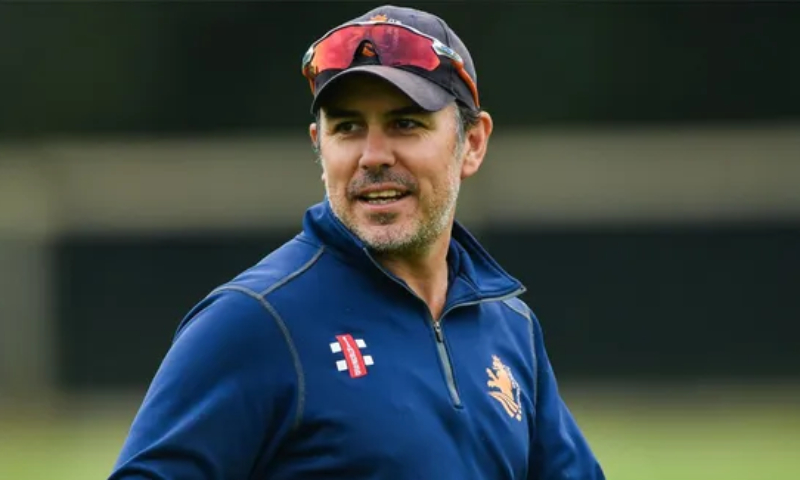 Ryan Cook, who is the interim head coach of the Netherlands Cricket Team, is optimistic about thrashing away Pakistan in their upcoming encounter of the Super 12 round. They have gained confidence after underdog Zimbabwe managed to defeat Pakistan in the last-ball thriller at the Optus Stadium on Thursday.

He feels the team has prepared enough and knows the approach of the Pakistan Cricket Team to target each player. Ryan, while commenting about how beatable Pakistan can be, stated that,

“I think every team wants to win the game that they play. But, yeah, we’ve obviously seen that Pakistan team is beatable, so that’s good to know,”

“Obviously, playing them in the World Cup Super League not so long ago in the Netherlands has given us a lot of confidence because we came quite close in those matches. Hoping to get over the line this time. It would be great,”

Putting his firm belief in the bowling line-up, the interim coach narrated that they are capable of exploiting Pakistani batting.

“Our bowling attack is firing well, and hopefully, we can keep taking for more wickets to give ourselves a bit more time at the back end to be able to make some inroads into the Pakistan batting order,”

Ryan further added that Pakistan, despite having a well-balanced blowing attack, can be their prey since they have prepared a different plan for different players.

“Pakistan bowlers have a lot of pace, and we’ve faced them before, so we’re more familiar with what they have to throw at us,”

“They do have a very well-varied attack, so we’ll have to put our plans in place for them. Obviously, all the different batters are coming up with their individual plans against them and practising those in the nets, so we’ll be able to bring them out tomorrow in the match,”

Babar Azam not ready to bat one down, Wasim Akram