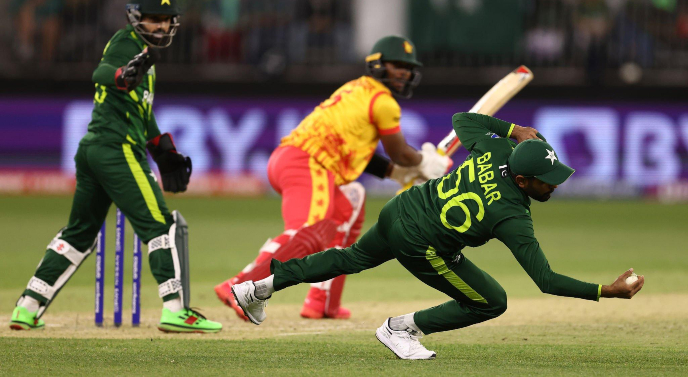 Pakistan Cricket Team's skipper Babar Azam has determined why they lost the match despite being an inch closer to victory. While talking in a press conference, he mentioned that the bowlers should have bowled fine in the powerplay. Although the bowling line-up managed to restrict Zimbabwe to a low total of 130 yet the batters failed to chase the underdog target.

Talking in a post-match conference, he said,

“We did not bowl the way we should’ve bowled in the first six overs and allowed them to score quick runs, though we made a comeback and did well to restrict them to 130,”

He mentioned that the middle-order collapse after Shadab Khan's failure was the major reason why the men in green could not manage 130 runs. Notably, the situation was very much in their favour, but the final over thriller by Sikandar Raza helped Zimbabwe declare victory over them.

“But then, while chasing our batting collapsed after Shadab’s wicket, and that’s where we lost the game, it was due to batting line collapse,”

Babar, as a skipper, has accepted the defeat saying the batters, including himself, did not bat up to the mark. Notably, Pakistan lost their starting encounter of the Super 12 versus India. Two back-to-back defeats have diminished but not killed their chance to qualify for the semifinal, but Azam believes we are better than that.

“As a captain, I accept that we didn’t play well, especially since we didn’t bat the way we should’ve batted today,”

“We are much better than how we played today,”

He further stated that Pakistan, as a team, will try to do better in remaining three games, in order to stay in the tournament.

“We will try to do well in next three games and try to win them convincingly and improve our NRR and stay in contention to play the semi-final,”