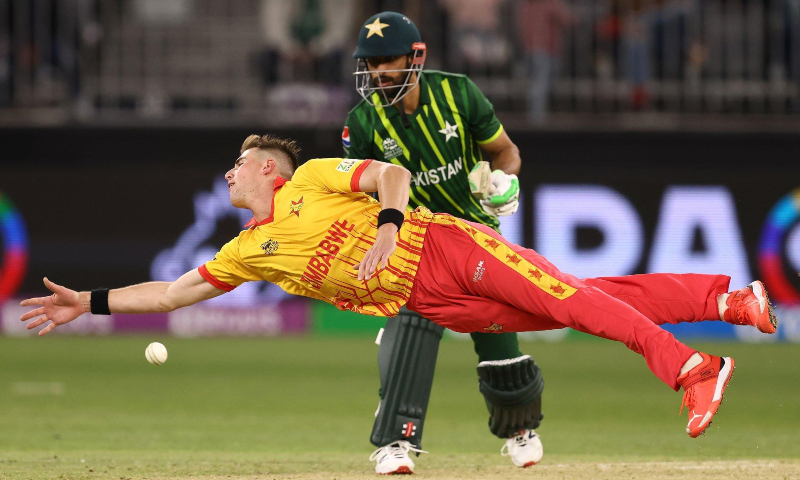 Pakistan vs Zimbabwe ended opposite to what everyone expected, ending all in emotional cheers for Craig Ervine’s men. They gave tough challenges to men in green and managed to win whilst defending 131 versus a stellar team like Pakistan. The much-needed win has paved the way ahead in the T20 World Cup 2022 journey. Whereas, things have gone wrong for Babar Azam and co on losing the second closest game after losing versus India in the opening encounter of their Super 12 game.

The situation became difficult after Mohammad Nawaz’s wicket, who became Brad Evan’s target, when three were needed from two. The thrilling situation arrived when three were needed from a single ball, and the lookouts anticipated seeing the ball flying high for a four or a six. The on-pitch batsmen tried to run for two, but Shaheen Shah Afridi rather was run out as Sikandar was prompt in his work.

Perth's supportive balling pitch helped Pakistani bowlers showcase their talent. They were propelled to chase as Zimbabwe won the toss and elected to bat first. Wasim Jnr’s heroics with a four-wicket haul, followed by a three-wicket haul from Shadab Khan and 12 runs for one wicket for Haris Rauf, contributed to restricting Zimbabwe to 130 on the loss of eight wickets.

Nevertheless, it became contesting on the Perth pitch as Zimbabwe bowlers equally pictured masterclass in bowling. Specifically, Sikandar Raza was outstanding as he managed three crucial wickets of Shan Masood, Shadab Khan, and Haider Ali alongside a match-winning run-out to Shaheen Shah Afridi in the end. His efforts also got him the Match of the Man award to terminate the game on a winning cause for Zimbabwe.

As a result of the Pak vs Zim encounter, Pakistan are placed second last on the Points Table of Super 12 group 2. They have zero points with no wins out of two games played yet, whereas Zimbabwe have climbed up to the third spot with one out of two wins. India are placed at the top with two out of two victories, whereas the NRR has set apart Zimbabwe, Bangladesh, and South Africa, who have one wins each.