Mohammad Hafeez has some advice for Haider Ali 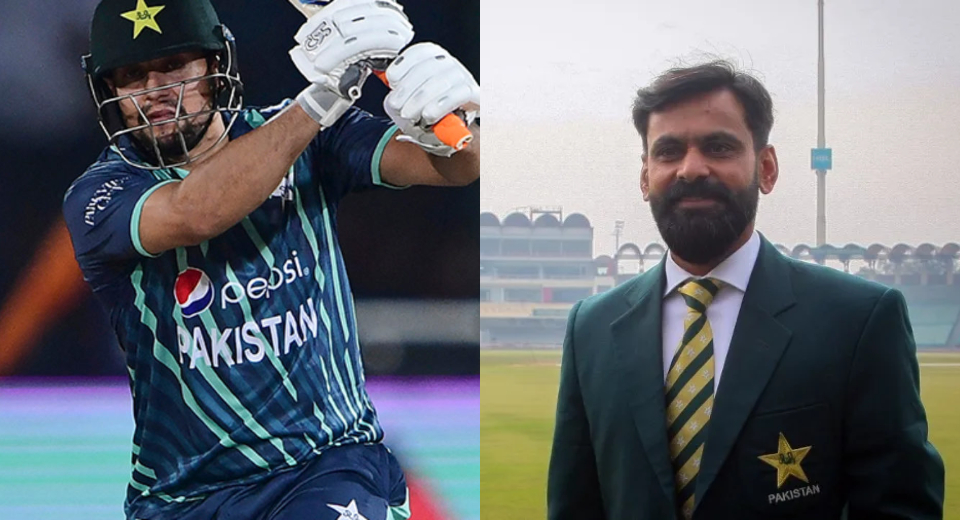 Former Pakistani cricketer Mohammad Hafeez has offered his advice to Haider Ali since he thinks the new batter has been repeating the same mistakes since 2020. Notably, people also have noticed Haider's batting in Pakistan Super League (PSL) for Peshawar Zalmi and found some technical issues which need to be worked on.

Hafeez believes Haider is continually doing the same and gives away his wicket sooner. While rewinding the New Zealand series back in 2020 when Hafeez played alongside Haider, he was quoted as saying on PTV Sports that,

"We were in New Zealand (2020), and Haider was promoted as an opener in that series,"

"On one of the balls, he just opened his legs wide and slogged the ball for a six on the leg side. I was like, how could an opener play like this? But, one of our coaches was clapping, and I asked him, 'do you seriously feel this is a good shot?'"

"Nothing has changed since the New Zealand tour. He is still doing the same thing,"

Hafeez, while advising Haider, mentioned that if the young player wants to play for a long tenure, he should change his techniques and judge the ball before playing the shot.

"If Haider wants to play longer for Pakistan, he needs to play proper shots. He needs to realise the situation and play accordingly,"

The ex-cricketer who is now an analyst, posted a tweet in regard and shared four tips which are as follow:

To whom it may concern ….
1- Technique improvement
2- Tactical growth
3- Fitness standards
4- Enhancement of skills
above mention 4 ingredients r very important to play at international level for longer period of time. My advise to all youngsters with best wishes 👍🏼 pic.twitter.com/LqMKBnJVGt