'We should stop the World Cup there,' Mitchell Marsh reacts to nail-biting Pak vs Ind match 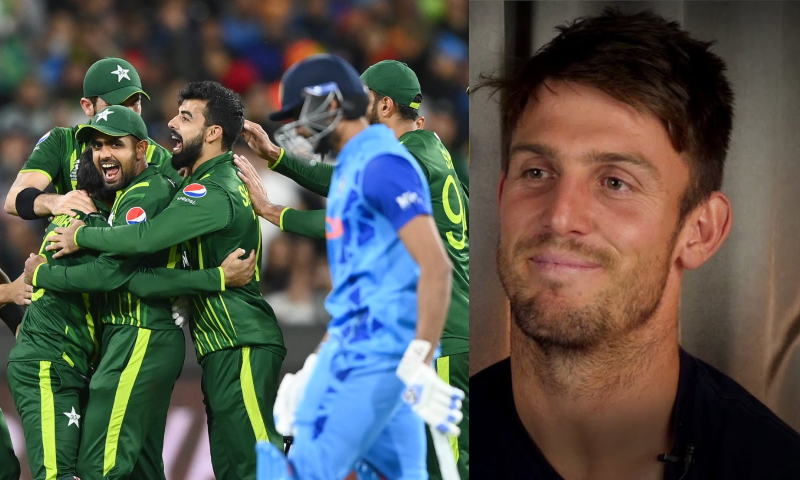 Australian cricketer Mitchell Marsh has reacted to a heart-pulsating India vs Pakistan match that took place at the iconic Melbourne Cricket Ground (MCG) on Sunday, October 23rd. He feels the T20 World Cup 2022 should be stopped here as Pak vs Ind, the biggest of all and the nailbiting contest, should be the final one.

Talking in a conference ahead of Australia's clash against Sri Lanka, Marsh was quoted as saying that one should stop the all-important after Pakistan vs India gave absolute thrills on Sunday to the lookouts to witness.

Marsh also heaped praises on Indian batter Virat Kohli, who miraculously took the game away from Pakistan. Had it not been for his majestic knock, the winners could have been Pakistan. His statements read:

"I actually think we should just stop the World Cup there. Um, if it gets any better than that, we're in for an amazing three weeks. India v Pakistan is always an incredible game to watch. I can't imagine what it would be like to have been in that crowd and to be a part of it,"

"But yeah. Amazing. Virat Kohli has been through an indifferent 12 months when you think about his career. And for him to do that, um, you know, put his mark on the World Cup, and it was an incredible innings to watch, an incredible game. So hopefully, there's a few more of those.”

Earlier in the day, India won the toss and opted to bowl first. They conceded a target of 160 runs. It could have been a massive one, but Pakistani openers, including Babar Azam and Mohammad Rizwan, failed to do big and things were settled by Shan Masood and Iftikhar Ahmed, respectively.

Following Shaheen Shah Afridi's boundaries in the dead overs, Pakistan oversaw 159 on the board. Although it glanced difficult to defend against a team like India, the bouncy Australian pitch, mainly preferring the bowlers, supported the Pakistani bowling line-up to grab crucial wickets initially.

After Kohli and Hardik Pandya built up a long-lasting partnership, things started getting bad for Pakistan, and when they took the determination to orient Mohammad Nawaz in the final over, things changed even more, and they started favouring India.

Nawaz's high-waist ball to Kohli was completed with a no-ball that went high for six. Kohli tried to hit another six on the free hit, but it was rather clean bowled. Despite being hit, off-strike Dinesh Karthik ran, and the duo completed three runs, which were declared byes by the umpire.

However, the umpire's call is described as cheating and wrong by social media experts. They understand that the rules do not allow running between the wickets once the batter is out on a free hit. However, as confirmed by one of our sources, these rules have been obsolete, and new rules allow the batters to take runs despite being bowled on the free hit or being given out by some other medium than bowling.