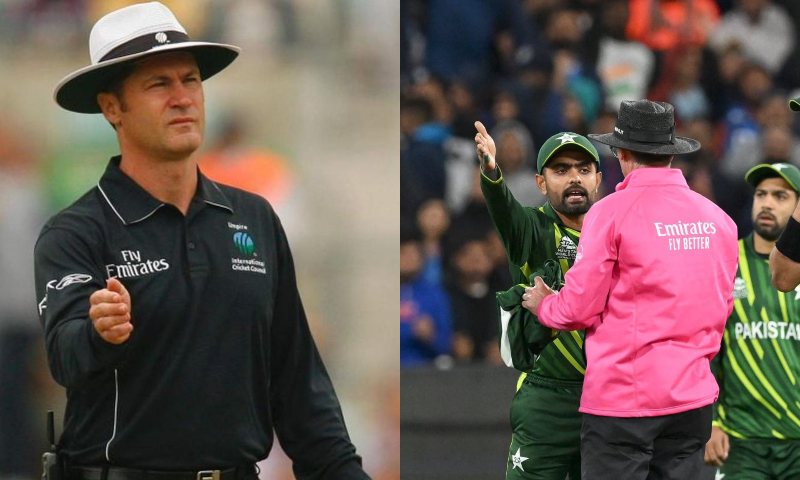 Simon Taufel, former umpire of the ICC Elite Panel, has opened up on the most asked question in the last two days, which queries if those byes from Pakistan vs India were justified or illegally given. While responding, Taufel has clarified that the leg umpire from the high-voltage clash has made the right decision to call for three byes rather than declaring it a no-ball.

After Virat Kohli and Hardik Pandya built up a stable partnership, things started getting wrong for Pakistan, and when they took the decision to introduce Mohammad Nawaz in the final over, things changed even more, and they started favouring India.

Nawaz's high-waist ball to Kohli ended up with a no-ball that went high for six. Kohli tried to smack another six on the free hit, but it was instead cleaned bowled. Despite being hit, off-strike Dinesh Karthik ran, and the duo completed three runs, which were declared byes by the umpire.

However, the umpire's call is narrated as cheating and wrong by social media experts, as it should have been a dead bowl. They understand that the rules do not allow running between the wickets once the batter is out on a free hit. However, Taufel has cleared up the messy things.

“After the exciting climax to the India v Pakistan match at the MCG last night, I've been asked by many to explain the Byes that India scored after Kohli was bowled off the free hit,”

“The umpire made the right decision in signalling Byes after the batters ran three following the ball hitting the stumps and rolling down to 3rd man. For a free hit, the striker cannot be out bowled and therefore, the ball is NOT dead on hitting the stumps – the ball is still in play, and all conditions under the Laws for Byes are satisfied,”