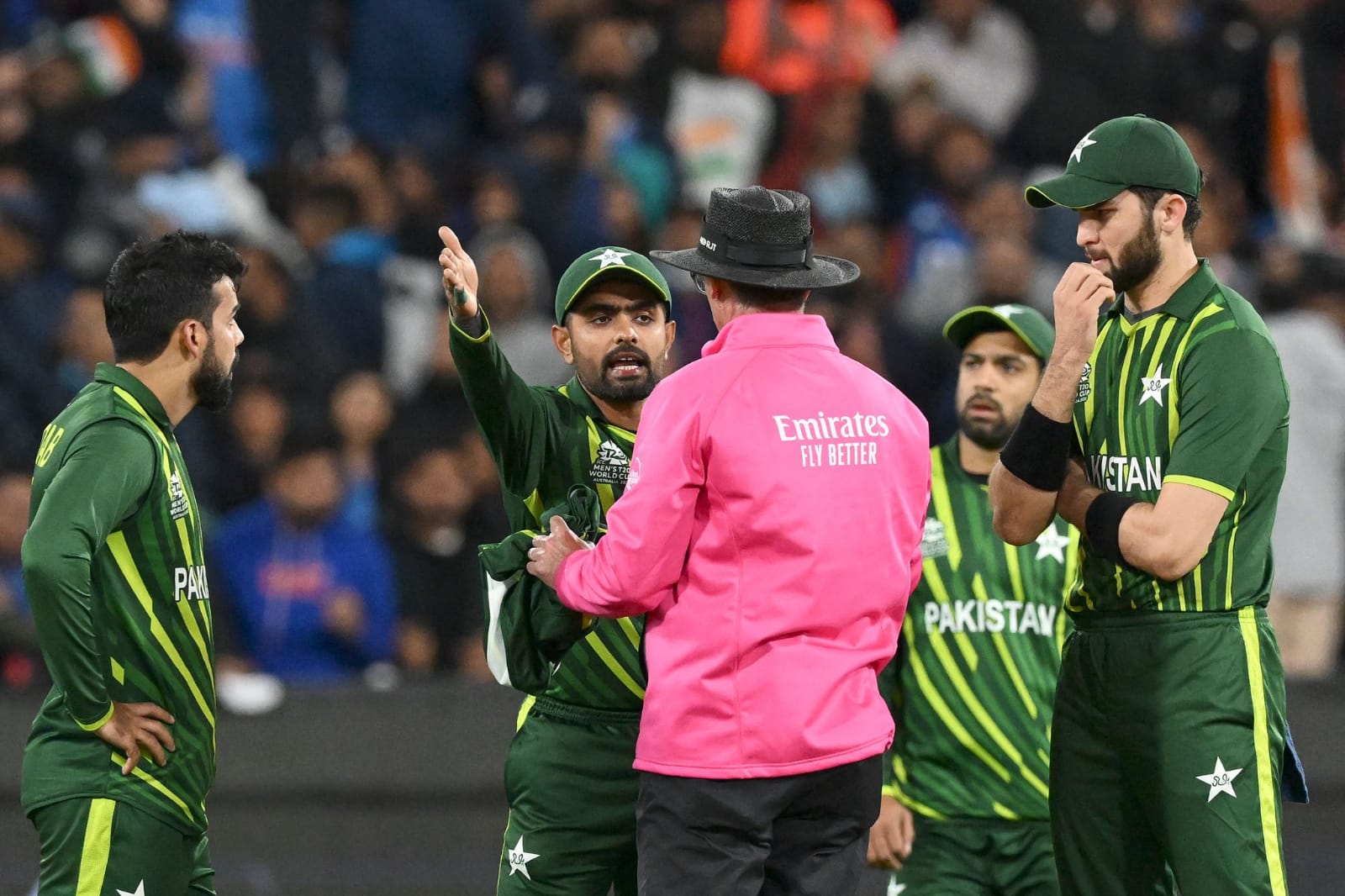 Today's Pakistan vs India of the Super 12 stage of the ICC T20 World Cup 2022 was bigger than any Netflix show. Especially the last over thriller, which also produced some controversial moments, has heated up things on social media to debate about.

Earlier in the day, India won the toss and opted to bowl first. They conceded a target of 160 runs. It could have been a massive one but Pakistani openers, including Babar Azam and Mohammad Rizwan, failed to do big and things were settled by Shan Masood and Iftikhar Ahmed, respectively.

Following Shaheen Shah Afridi's boundaries in the dead overs, Pakistan managed 159 on the board. Although it looked tough to defend against a team like India, the bouncy Australian pitch, mainly favouring the bowlers, helped the Pakistani bowling line-up grab crucial wickets initially.

After Virat Kohli and Hardik Pandya built up a stable partnership, things started getting wrong for Pakistan, and when they took the decision to introduce Mohammad Nawaz in the final over, things changed even more and started favouring India.

Nawaz's high-waist ball to Kohli ended up with a no-ball that went high for six. Kohli tried to smack another six on the free hit, but it was instead cleaned bowled. Despite being hit, off-strike Dinesh Karthik ran, and the duo completed three runs, which were declared byes by the umpire.

However, the umpire's call is narrated as cheating and wrong by social media experts. They understand that the rules do not allow running between the wickets once the batter is out on a free hit. However, as confirmed by one of our sources, these rules have been obsolete, and new rules allow the batters to take runs despite being bowled on the free-hit or being given out by some other medium than bowled.