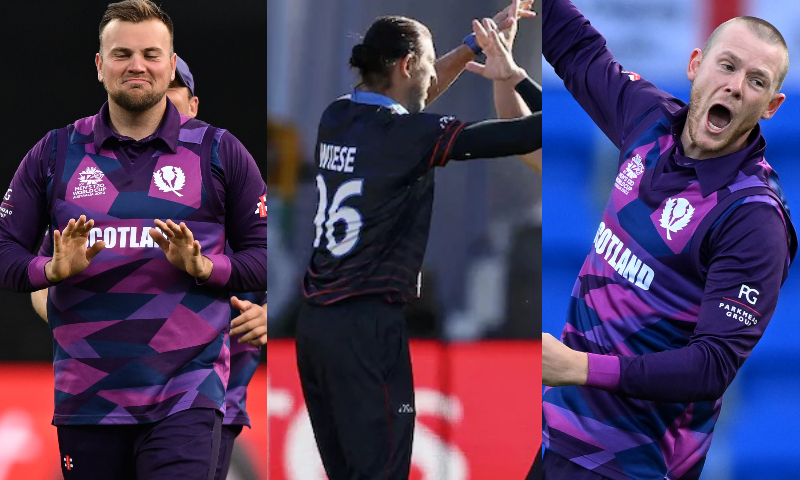 The ICC T20 World Cup 2022 Group Stage, although is yet to see terrific batting performances, the bowlers from underdog teams are shining with their economical spells. From the encounters winded up yet, we have witnessed splendid bowling performances that are worth discussing.

During the Group Stage's opener that saw Namibia and Sri Lanka locking horns with each other, Namibian bowlers' heroics were the chapter of post-match discussions all over the globe. Both David Wiese and Bernard Scholtz managed two wickets apiece and conceded only 16 and 18 runs, respectively, having bowled all their overs. Ben Shikongo was the nest best with two scalps in three overs and threw away 22 runs.

From Sri Lanka, Maheesh Theeksahana was the best inter the group as he picked a scalp for 23 runs in four overs. Wanindu Hasaranga yielded 27 runs and plugged a wicket. The Asian team failed abruptly in both depart, batting and bowling. In contrast, Namibia shone with the bat and with the bowl too. They earlier smashed 163 with the bat to give tough times to the Sri Lankan bowlers.

Top bowlers from Netherlands vs UAE

In the second match of the day, which took place between Netherlands and UAE, there were some super bowling contributions apart from the poor batting showcases from two ends. On the one hand, where the batters of UAE failed to inspire, their bowlers showed some super performances. As the topper of the day, Zahoor Khan managed Tim Pringle's wicket, who was looking to settle gradually. Surprisingly, the right-arm fast-medium bowler leaked only 11 runs to maintain the lowest economy of the game, having bowled all four overs.

Netherland's Tim Pringle, who is a Dutch all-rounder, bowls slow left-arm orthodox.  He was another best bowler of the Netherlands vs UAE match, with a wicket and gave away only 13 runs delivering all his four overs. Maintaining an economy of 3.25, he took the wicket of the third-placed batter, Kashif Daud.

Fred Klassen was undoubtedly the star of his team. He finished up with two wickets and gave away only 13 runs in four overs. Fred maintained the second joint best economy with mate Tim Pringle, 3.25. He broke steady-going Mohammad Waseem on 41 runs and later on targetted Aayan Afzal Khan.

During the recent match, Scotland vs West Indies, the Scottish batters troubled Nicholas Pooran's bowlers as they compiled 160 runs. The best among their bowlers was all-rounder Jason Holder. Managing an economy of 4.67, he turned out with a spell of 3-0-14-2. His mate Alzarri Joseph gave away 28 runs for four overs and picked up two wickets.

The Scottish bowlers were far better at their work. Mark Watt, against the men in maroon, plucked a three-wicket haul, which included the wickets of Brandon King, Alzarri Joseph, and Odean Smith. At a surprising economy of three, he conceded 12 runs in all his four overs. Michael Leask, from their end, was the second-best bowler. Having an economy of 3.75, he gave away 15 runs. The scalps of Nicholas Pooran and Rovman Powell fell in his custody.