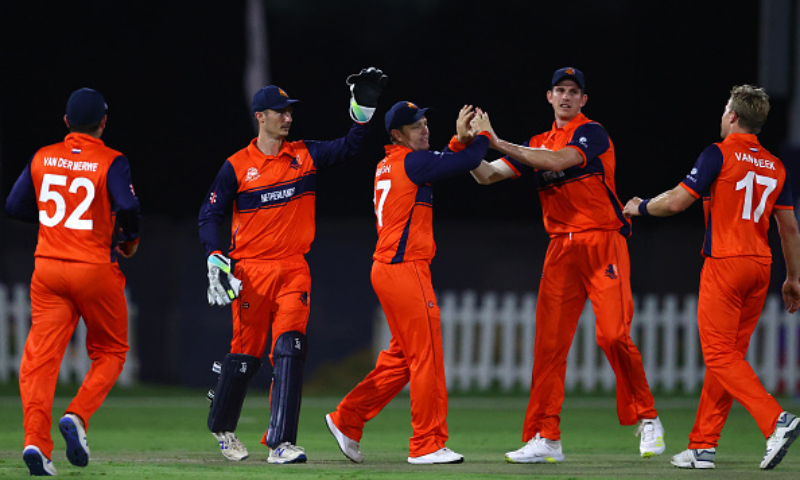 The second encounter of the Group Stage of ICC T20 World Cup 2022 took place at Geelong, on Sunday. It saw Netherlands and UAE locking horns with each other. UAE, on winning the toss, opted to bat first, and amassed 111 runs on the loss of eight wickets. Later, while chasing, Netherlands batters although struggled, manage to spare a ball to bring the feat.

Apart from the batting struggles from both ends, there were some super bowling contributions. Let's have a look at the top bowling performances from Netherlands vs UAE:

On the one hand, where the batters of UAE failed to inspire, their bowlers showed some super performances. As the topper of the day, he managed Tim Pringle's wicket, who was looking to settle gradually. Surprisingly, the right-arm fast-medium bowler leaked only 11 runs to maintain the lowest economy of the game having bowled all four overs.

Fred Klassen was certainly the star for his team. He ended up with two wickets and gave away only 13 runs in four overs. Fred maintained the second joint best economy with mate Tim Pringle, 3.25. He broke steady going Mohammad Waseem on 41 runs and later on targetted Aayan Afzal Khan.

UAE's Junaid Siddiqui the right-arm medium fast bowler, although maintained an economy of six, but took a three-wicket-haul. He helped his team to get rid of the top-order batter Max O'Dowd, middle-order batter Tim Cooper, and the finisher Roelof van der Merwe.

Netherland's Tim Pringle, who is a Dutch all-rounder, bowls slow left-arm orthodox.  He was another best bowler of the Netherlands vs UAE match, with a wicket and gave away only 13 runs delivering all his four overs. Maintaining an economy of 3.25, he took the wicket of the third-placed batter, Kashif Daud.