How many international cricketers wanted to be part of PJL? Tells PCB 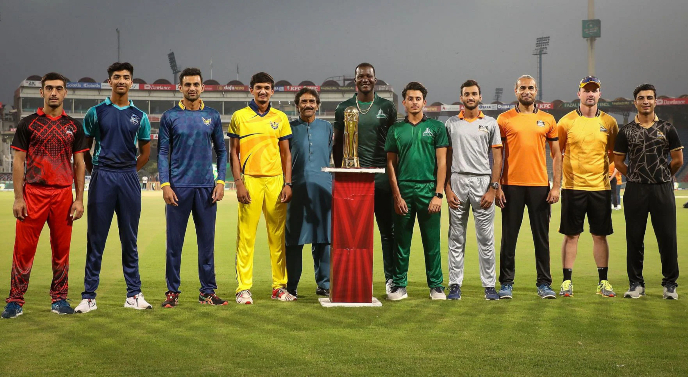 Adding international cricketers to Pakistan Junior League (PJL) was a surprise move by the Pakistan Cricket Board (PCB) that almost no one expected. The board revealed the news that four foreign players in each squad were mandatory, combing a 15-player squad into six teams apiece.

Four in each squad is just a minor number in front of a massive number of international cricketers who showed their interest in playing the maiden edition of the PJL. As revealed by the board's chairman Mr Ramiz Raja, up to 150 players from various nations wished to be the league's part. However, four per squad could take place in the finalized teams.

Since Raja's conceptualized project is going to be a reality, the young stunners of Bahawalpur Royals, Gujranwala Giants, Gwadar Sharks, Hyderabad Hunters, Mardan Warriors and Rawalpindi Raiders are all set to portray thunder performances as the action begins on October 6th at Gadaffi Stadium.

Raja, whose dream project is today becoming a reality to introduce a PSL-like league for U-19 cricketers, mentioned that despite huge interest, some boys from some countries could not fulfil their wishes to play PJL due to academic reasons.

"The concept of the PJL got acceptance from all across the world when we contacted the boards. 150 players have shown interest in becoming part of the event."

"It's more about need than a legacy. It has huge cricket and commercial sense, and it fits perfectly with the U19 World Cup. f we want to groom cricket and present it in a modern way, in the company of the greats of the game, there's no other better situation for Pakistan cricket.

Notably, Gujranwala and Mardan will lock horns with each other in the PJL 1 opener at 6:15 PM PST after the blockbuster opening ceremony.