Ind vs Pak: Pakistan's highest run-chase against India in T20Is 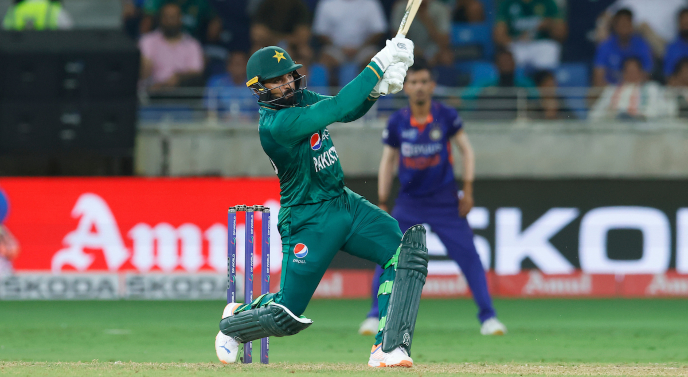 After defeating India in their first match of the Asia Cup 2022 Super 4 round, Pakistan have registered the record of highest-ever run chase against India in the T20Is. The massive credit goes to Mohammad Rizwan and Mohammad Nawaz for handling the pressure match with their stellar bat talk.

Undoubtedly, Babar Azam and co have clutched a heart-winning triumph versus the men in blue in a thriller that took place on September 4th in Dubai. The nature of the pitch was different than what it lately has been, as it majorly offered batsmen and spinners.

Shadab Khan and Mohammad Nawaz made full use of their spin bowling to stop the flow of runs and grabbed two and one scalps, respectively. The rest of the seamers conceded plenty of runs and got one wicket a piece, including Asif Ali's work with the run-out.

The Indian openers kick-started well, scoring massive runs in the powerplay throughout on and off boundaries. However, in the last over of the powerplay, opener Sharma had to leave the crease on 28 from 16 balls. His counterpart KL Rahul could make the same number of runs on 20 balls.

Virat Kohli was the man of the show for them, adding 60 from 44 deliveries and making an impact to put 181 on the board. Had not there been Shadab and Nawaz, the score could have surpassed 200 easily.

The Pakistani batters followed a slow approach, in the beginning, firmly believing that slow and steady wins the race. After Babar Azam and Fakhar Zaman departed without contributing much, Rizwan took things into his hands. He was joined by Mohammad Nawaz, who became the team's crucial asset in winning the game.

Both Rizwan and Nawaz are winning hearts on the internet. The fans and the experts praise management's decision to send Nawaz at the top of the order since he has already made an impact in the National T20 Cup, playing with the same strategy.

In the end, Arsheep Singh's drop catch of Asif Ali was an important factor to cost them the match. Asif played with brilliance to finish following Iftikhar Ahmed's decision to take two runs on 19.5 ball, ending the match sparing a ball and five men.