Pak vs Ind: Hasnain or Hasan, who will replace Dahani? 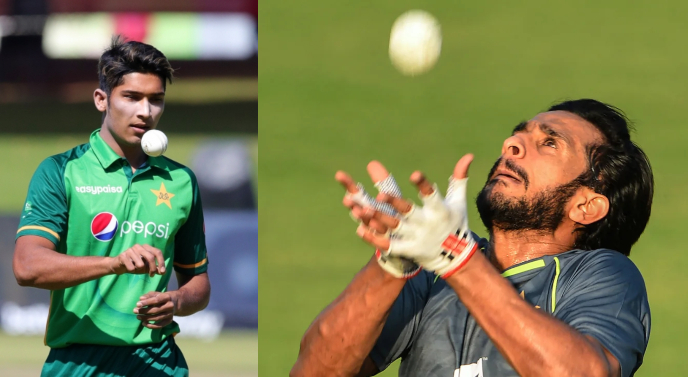 Much-awaited Pakistan vs India is once again all set to rock the grounds as the two contestants will lock horns at Dubai International Stadium on Sunday, September 4th. Both will kick start their Super 4 stage campaign of the Asia Cup 2022 against each other, meeting at the same venue they met last time whilst Ind vs Pak in the Group Stage of the event.

During the Asia Cup 2022 stint and before it commenced, both teams have come across several injuries, giving them big blows. Before the Asia Cup 2022 started, India's bowling delighted Jasprit Bumrah and Harshal Patel. The key pacer of Pakistan, Shaheen Shah Afridi, was ruled out of the contest either. Babar Azam and co replaced their seamer with young Mohammad Hasnain

Later, Pakistan met with another hefty blow missing on the services of Mohammad Wasim Jnr, who was replaced by Hasan Ali. The PCB initially had no plans to name out-of-form Hasan in the crew. However, with minimum options left to replace with, they had to opt for him.

However, Hasan has not been playing XI's part yet in any of the team matches, but he might be one of the two possibilities today in the all-important clash against India replacing Shahnawaz Dahani. The Larkana-born was ruled out from the remainder of the event due to his side strain.

Another option that the board has is to name Hasnain in the playing XI, who has rectified his bowling action to get back to all forms of cricket. Although with two available options to fit in the boots of Dahani, the chances are bright for Hasnain, following Hasan's poor form noted in his last many matches.

Discussing India's side of the story, their bowler Avesh Khan's rising temperature might make his inclusion in Playing XI vs Pakistan doubtful. Also, all-rounder Ravindra Jadeja was sidelined for an nth period of time following his knee injury, and the BCCI named Axar Patel as his like-for-like replacement.

Massive win for Pakistan as they defeat Hong Kong