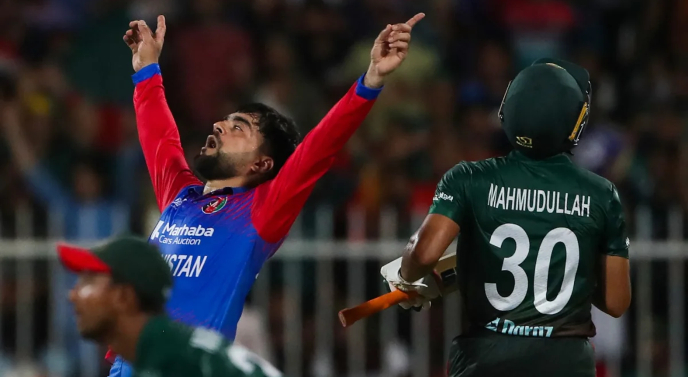 As Asia Cup 2022 goes on in full swing in the United Arab Emirates (UAE), the teams are portraying their skills in a full-fledged manner. So far, Afghanistan Cricket Team has followed a terrific approach, astonishing the watchers in both the encounters it has battled.

Mohammad Nabi and co started their Asia Cup 2022 stint against the hosts Sri Lanka and discarded all their batters on a low total of 105. Fazalhaq Farooqi, Mohammad Nabi, and Mujeeb ur Rehman showed their bowling skills, picking three, two, and two scalps, respectively.

Nabi's bowlers trembled the entire SL's batting panel from the top-order to the tail-enders. Their bowling coach, Umar Gul, was credited for his brilliant coaching, and the appreciation continues to fall in his lap as Afghanistan's bowlers once again rocked against Bangladesh's batters in their second match of the tournament.

Mujeeb made sure to eliminate the entire top order as the openers bid farewell without reaching a double-digit score. Third-positioned batter Shakib took his way back on 11 as Mujeeb completed his three-wicket haul. The next three batters of the middle order were removed by leg-spin sensation Rashid Khan.

Bangladesh could not surpass 127 and fell short of balls sparing three of their men. As expected, the explosive batters of Nabi took charge of their duties. Although Shakib's bowlers tried their best to end the game in the team's favour but with the courtesy of middle-order, Najeebullah Zadran's 43 off 17 dragged them to the end mark.

Afghanistan are placed on the top of the Asia Cup 2022 Group B points table with four points and two out of two wins. They are now the first to reach the Super Fours. Bangladesh, who faced them in their first match of the Asia Cup 2022, are the last team in Group B after losing the match.

Afghanistan warn other teams not to take them lightly