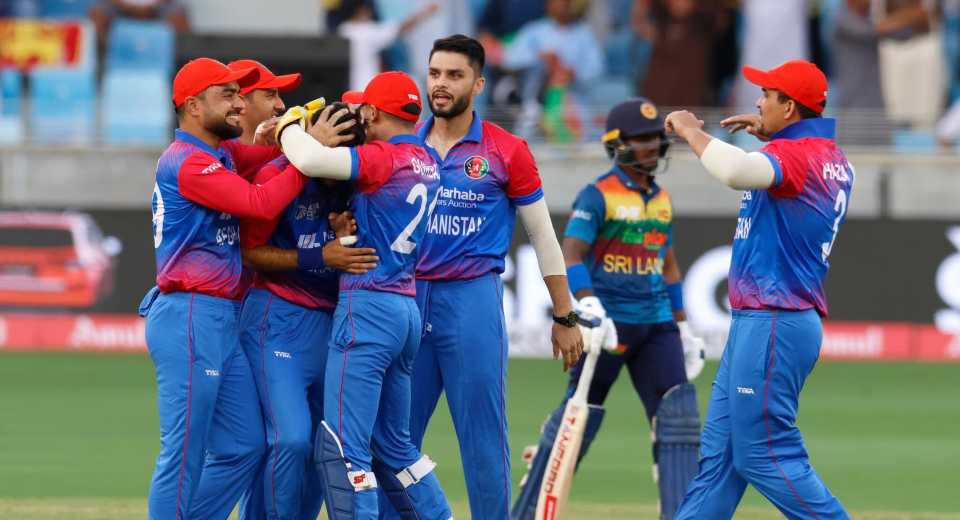 The Asia Cup 2022 kick started on 27th August, today, with the opening encounter taking place between hosts Sri Lanka and Afghanistan. Mohammad Nabi's bowlers have inspired the watchers by accurate means, restricting them on a low total of 105.

Sri Lanka were 5/3, but the fourth-placed batter Danushka Gunathilaka, dragged them to 49, before handing over his wicket to Mujeeb ur Rehman. Bhanuka Rajapaksa, the middle-order batter, although was Sri Lanka's top-scorer, but ended his stint on 38 runs.

Chamika Karunaratne tried his best to drag the team over 100, and succeed with his 31 runs coming from 38 balls. Notably, social media credits bowking coach Umar Gul for super duper bowling from Nabi's men.

Mujeeb although picked two wickets, but was less economical compartative to Rashid, Nabi, and Fazal. He conceded 24 runs in four overs. Naveen managed two scalps and yielded 23 runs in three overs. Afghanistan's batter now will look to chase 106 from 120 balls.