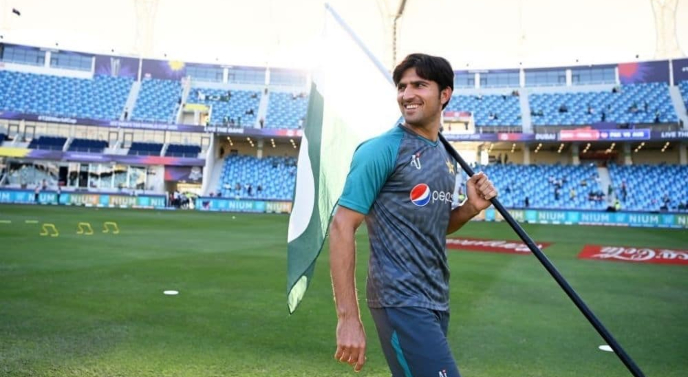 Pakistan might suffer another big blow after ruling out Shaheen Shah Afridi from the Asia Cup 2022 squad since another key bowler Wasim Jnr has been taken to hospital on Thursday. Afridi was excluded from the event squad following the knee injury he suffered during last month's Test match against Sri Lanka. Whereas, on Thursday's net sessions of men in green, Wasim complained of a backpain.

The 21-year-old right-arm pacer celebrated his birthday earlier today with his teammates. He got a jar filled with special messages from mates as a gift, but the special day turned out to be a nightmare for him. Wasim has been taken to the hospital for an MRI scan, and the detailed report will be shared by the Pakistan Cricket Board (PCB) in a short course.

Although there is no official revelation, if the back pain turns severe, Wasim might miss a match or two. As per the medical team's advice, he may also be recommended to rest for one to two weeks, putting his dreams of representing Pakistan in Asia Cup 2022 to halt.

Update:
Wasim Jnr got back pain while bowling. He is sent to Hospital for MRI. pic.twitter.com/p9JQz8JdEm

Pakistan are all set to kick start their Asia Cup 2022 stint against India on August 28th. Fans expect for Wasim's speedy recovery, seeing him bagging some wickets against the arch-rivals. They hope he is not ruled out for the crucial match since Pakistan already are without the services of their left-arm seamer Shaheen.