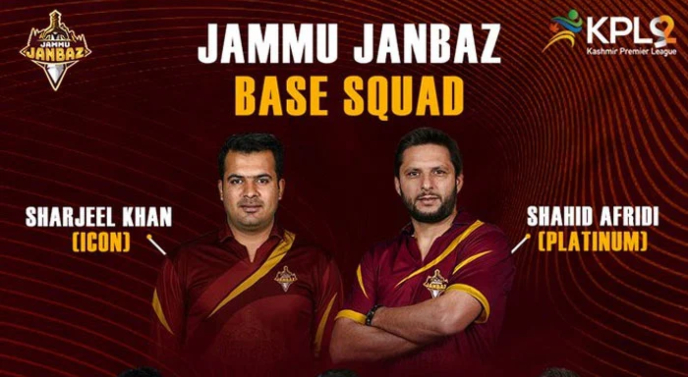 Jammu Janbaz, the seventh addition to the Kashmir Premier League's team panel, on Wednesday, named their base squad for the upcoming edition of the tournament, KPL 2022.

For the second version of the league, the franchise has roped in KPL's mentor Shahid Afridi in the platinum category, whereas the opener Sharjeel Khan has been named as the icon player of the newly added team.

Umar Akmal, who has been nowhere in the playing fold, has been picked in Diamond Category. According to Jammu Janbaz, adding Sahibzada Farhan to the team will strengthen their power hitting.

Moreover, the Kashmir-based player Mehran Mumtaz is the fifth addition to the JJ's base squad. Have a look at the star-studded team as named by the franchise: