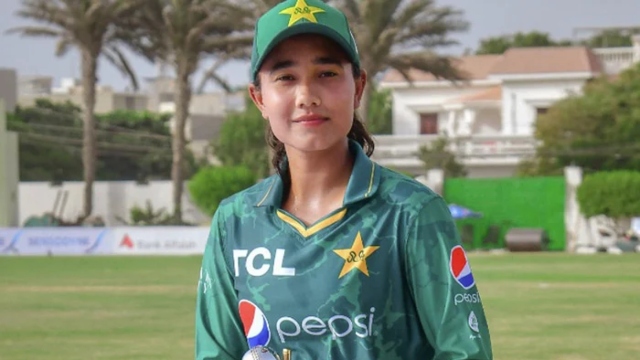 The Pakistan Cricket Board (PCB) today announced women's central contracts for the 2022-23 cycle and leg-spinner Tuba Hasan has been named for the first time following her amazing performances. Apart from her, Gul Feroza and Sadaf Shamas are the first-timers.

Tuba was also named ICC Player of the month in May 2022 after her appealing performances in the debut series against Sri Lanka. She picked five wickets in three t20Is out of which, she plucked a three-wicket haul in the first match conceding only eight runs. The spell became the best ever bowled by Pakistani women.

Aliya Riaz and Nida Dar have been promoted to Category A where they join national team captain Bismah Maroof. Anam Amin, Fatima Sana, Nashra Sandhu and Omaima Sohail have been elevated to Category B, while Muneeba Ali and Ayesha Naseem have been upgraded to Category C.

Javeria Khan, who had an ordinary 2021-22 season has been demoted to Category C along with all-rounder Kainat Imtiaz. Moreover, Ghulam Fatima, Irum Javed, and Sidra Amin have regained their contracts as they last were named  in the women's central contracts in 2018-19, 2016-17, and 2019-20 respectively. Also, eight star-studded players have been promoted. The list for women's central contracts 2022-23 is as follows:

I am going nowhere, says Ramiz Raja on retirement's speculations