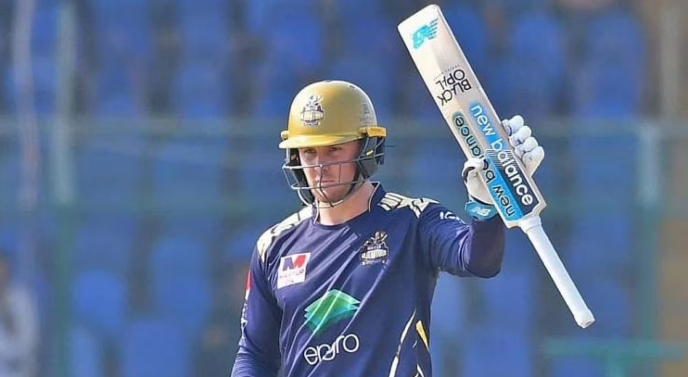 Quetta Gladiators' opener Jason Roy has opened up about his times in the Pakistan Super League (PSL 2022) terming the phase as 'dark'. While talking about his mental state he said he was not in a good state of mind despite scoring plenty of runs.

Roy stated it was much-needed to take a break and spend time with his family and said his mental state was the reason why he could not participate in the Indian Premier League (IPL 2022).

Notably, Roy was picked by Gujarat Titans in the mega auction and yet pulled himself out of the tournament. Since his return, he has scored 219 runs in the seven matches of the T20 Blast for Surrey.

His statements according to Sky Sports are,

“Things mentally weren’t right with me at the PSL. I was in a weird place because I was playing good cricket but I wasn’t enjoying myself, I wasn’t happy and it was just a dark time. It was just a good two months to come home and live a normal life for a bit after a tough couple of years. (There were) a lot of months away. Over 50 days of hotel quarantine the year before and then having a child in January and having to spend time away from him was just a bit too much,”

He said he missed the IPL to get back his mind to rhythm and is glad to be in love with the game again.

“I missed the IPL to spend some time at home and it has refreshed my mind and body, and I recognised where I was at with a lot of things. So, it is nice to be here now and I’m chomping at the bit to put the badge back on. It’s the same for Surrey. I’ve loved every minute of that. It’s a nice feeling to be in love with the game again,”