Everyone except Sehwag considers my bowling action legal - Shoaib Akhtar 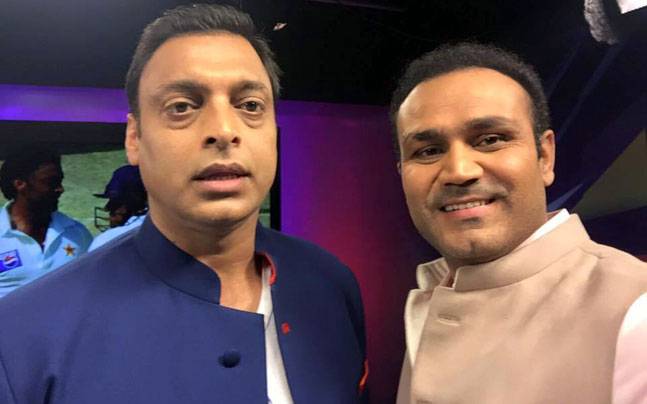 Former Indian cricketer Virender Sehwag accepted that he feared the bowling of ex-Pakistani bowler Shoaib Akhtar but not that of ex-Australian pacer Brett Lee. While talking to the media, Sehwag termed Akhtar's bowling action illegal and accused him of chucking.

He narrated Akhtar's deliveries were unexpected and he could not judge what was coming his way. Furthermore, he has claimed the former Pakistani fast bowler of jerking his elbow.

Shoaib knows he used to jerk his elbow; he knew he was chucking too. Why would ICC ban him otherwise? Brett Lee’s hand came down straight, so it was easy to pick the ball. But with Shoaib, you could never guess where the hand and the ball will come from.”

“I never feared facing Brett Lee, but with Shoaib, I could not trust what he would do if I hit him twice to the fence. Maybe a beamer or a toe-crushing yorker,”

Akhtar has taken the notice of his statements and in response, he has said that he will not want to exploit the years-old relationship with Sehwag and instead staying careful. The Rawalpindi Express fails it will not be appropriate to answer him in the same manner since Sehwag is his friend.

"Sehwag should avoid saying such things as it will weaken a good relationship. I will not say anything in response because Sehwag is my good friend. He was a very good cricketer and the best opener India ever had. At this age, I remain careful while making statements,”

Moreover, Akhtar stated that everyone in India and Pakistan except Sehwag sees his bowling action as legal. He reckoned Sehwag does not know more than ICC, which cleared Shoaib's bowling action.