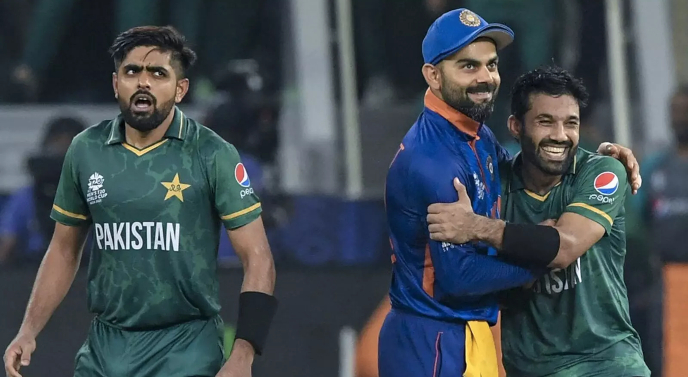 Like other cricketers and experts across the globe, Mohammad Rizwan too has commented on Virat Kohli's suffering form. The wicketkeeping batter believes ups and downs are part of every athlete's career and says everyone should pray for him.

Rizwan, who is currently participating in the County Championship 2021-23, says every cricketer scores centries and sometimes cannot surpass the double figures, which is a part of the game. The Pakistani cricketer is hopeful that former Indian skipper will once again rise.

While talking to Crickwick, he stated,

“I will say that he is a champion player but at this stage, we can pray for him because he is a hard-working cricketer,”

“And tough times do come and things do get easier too. Every player has scored centuries and got out on pairs and this goes on. I can only pray for him and I am hopeful that through hard work, he will control all the things,”

Notably, Kohli's current form has been queried which has not been settled even after he has given up captaincies of the Indian National Team, and the Indian Premier League (IPL). It has now been more than two years since he scored an international century. Also, his struggle with the run-making is apparent.