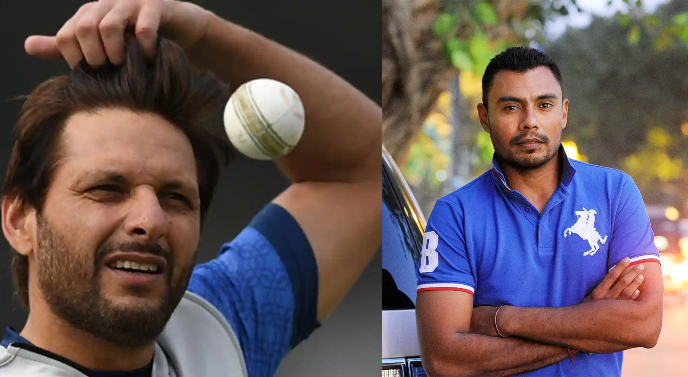 Danish Kaneria, the former Pakistani leg-spinner, has accused Shahid Afridi of mistreatment during his tenure under Afridi's captaincy days. He has termed the former captain 'liar', saying that Afridi always developed conspiracies against him.

During an interview with an Indian Newswire – Indo-Asian News Service (IANS), the former bowler revealed that Afridi used to go to other teammates to build a plot against him. In the discussion, the ex-bowler has slammed Afridi for all the havoc caused to his career.

Kaneria, who has been serving the ban, stated that the then captain did not want him in the team and never let him play a 50-over tournament. According to him, he was always benched by Afridi and never got a chance to play.

The 41-year-old has further reckoned that Afridi was against him because of his good performances. Not only this but Kaneria has also called the former skipper a characterless and jealous person.

“I was always degraded by Shahid Afridi. We used to play together for the same department, he used to keep me on the bench and didn’t let me play the one-day tournament,” the IANS quoted Kaneria.

“He didn’t want me to be in the team. He was a liar, manipulator… because he’s a characterless person. However, my focus was only on cricket and I used to ignore all these tactics. Shahid Afridi was the only person who would go to other players and provoke them against me. I was performing well and he was jealous of me. I am proud that I played for Pakistan. I was grateful,”

Moreover, the leggie has requested the PCB to lift his ban so he at least can continue his work with dignity. He requested that all fixers were given a second chance, but his combat with the board has never come to an end.

“There are several fixers who got out of the ban. I don’t know why I am not able to get that treatment. I have played for my country and I should be given a chance like others as well. Now I am not even playing any international cricket. I am not asking the PCB for any job, but please lift this ban so that I can live peacefully and do my work with respect,”