Mohammad Amir himself tells about coming out of his retirement 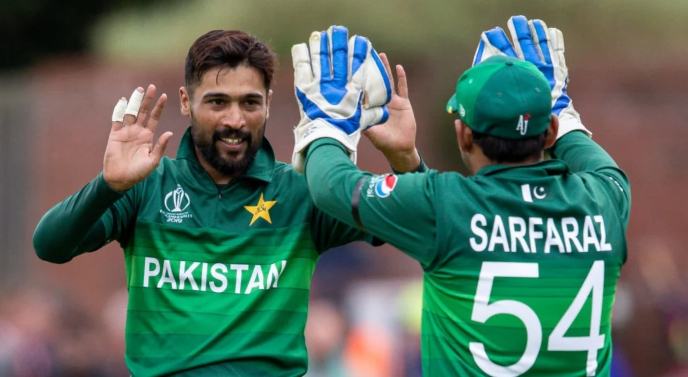 Mohammad Amir has opened up on the rumours circulating about his 'coming out of retirement' decision. The bowler, who shockingly retired from international cricket back in 2020 developing personal issues with then board's management, has denied all the gossip saying he does not have any such plans.

Since the dismissal of Imran Khan's PTI government has been on the cards for the last some days, it has been speculated that Ramiz Raja, who was brought into power as the chairman of the Pakistan Cricket Board (PCB), will either be out of power or will resign himself.

As of now, as Shahbaz Shareef has taken over Imran Khan as PM of Pakistan, the reports state Ramiz's retirement may pop out soon. Notably, Raja set a no-tolerance policy for all the cricketers with or without tainted past, which set no chance for Amir during his tenure.

Since Raja's tenure seems to be over, Najam Sethi, the ex-chairman of the board, is likely to rejoin as a chairperson due to his close relations with PMLN. After Sethi will be in governance, it can be an opportunity for the cricketers like Umar Akmal, and Mohammad Amir to rejoin international cricket. However, Amir has turned down the idea of coming out of retirement.