Mohammad Amir likely to come out of retirement 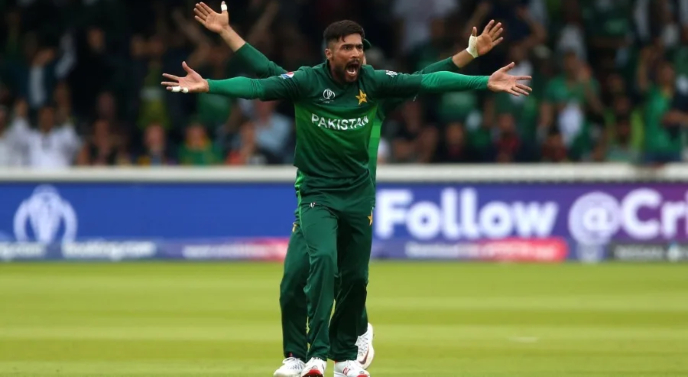 Pakistani bowler Mohammad Amir is likely to come out of retirement once again reportedly since Ramiz Raja, the chairman of the Pakistan Cricket Board (PCB), is likely to retire from his post following PM Imran Khan's dismissal as a result of the no-confidence vote.

Amir, who retired in December 2019, cited mental torture by the PCB management, progressing under Misbah ul Haq and Waqar Younis then. The bowler stated he can bear it no more and developed personal issues with the board.

However, during the Pakistan Super League (PSL 6), Wasim Khan, who was the CEO of the board then, visited Amir's residence to melt the glacier between the two parties. The left-handed bowler, as a result, took his retirement back.

Amir kept on making rounds in headlines since the PCB offered him a 'Category A' contract in domestic cricket, but he turned down saying the board should know his interest. His performance has been not up to the mark since or before the PSL 6 due to which, he could not 'immediately' bounce back in international cricket.

It must be noted the bowler is yet featuring in league cricket, however, could not play the latest edition of PSL 7 due to his injury. According to reports, he is looking to step back in international cricket.

Raja, who imposed a no-tolerance policy for the cricketers with tainted past, and wrongdoings, was a sort of hurdle in Amir's way, which can now be tackled if Najam Sethi takes over.