Pak vs Aus ODI series levelled, Pakistan back in 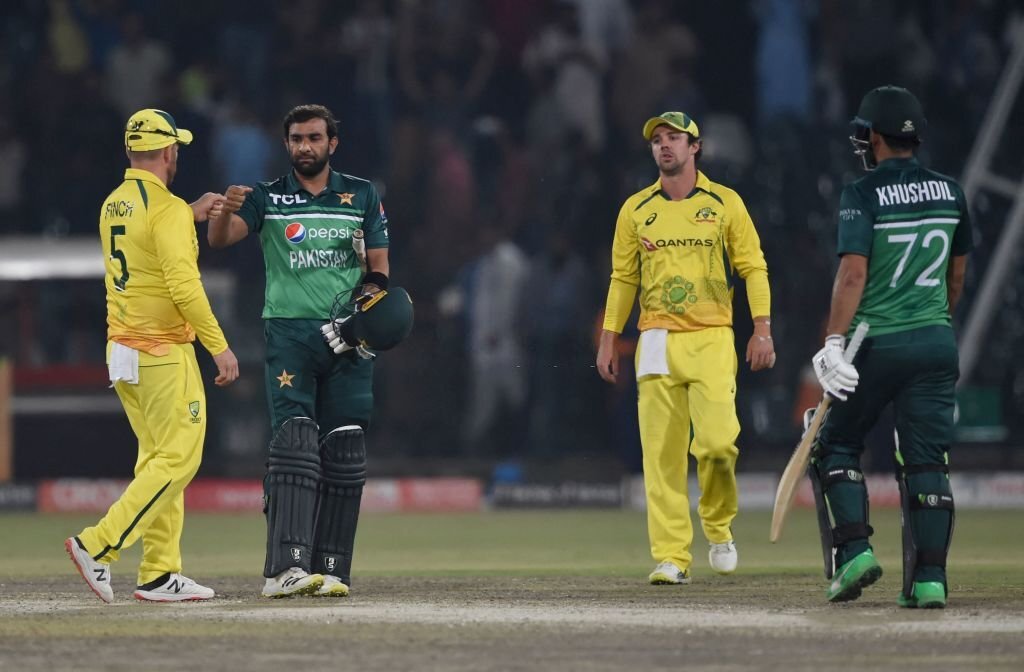 Australia vs Pakistan three-match ODI series is now levelled between the contestants by 1-1 with one more game to go since the hosts have finally stepped back, after a humiliating defeat in the first ODI. Babar Azam and men managed to win the Pak vs Aus second ODI, that was a high-scoring thriller.

On winning the toss, Azam opted to bowl just like in the first match. However, the decision favoured the hosts this time, unlike the opening ODI. Some of the bowlers were uneconomical, giving the Aussie batters a free hand to score runs. They compiled 348 on the loss of eight men. The chase looked challenging, but it was not impossible for unpredictable Pakistan.

Shaheen Shah Afridi, who was sidelined from the first ODI due to his injury, bounced back with 'power' and grasped a four-wicket haul at not a much appealing economy of 6.30 bowling all his overs. Mohammad Wasim's two-wicket haul deserves applause, however, he conceded 56 runs in 10 overs. Zahid Mehmood ended with an economy of 7.10, gathering a single wicket. It would not be wrong to say had the bowlers been the least expensive, the target would have laid somewhere under 310.

Australia's batters supremacy counts Ben McDermott's wonderful century alongside opener Travis Head's 89 from 70 balls. Although Aaron Finch was gone on duck, the first and third man developed a crucial partnership. The batters next to Ben, Marnus Labuschagne and Marcus Stoinis did not disappoint either and closed their inning with 59 and 49 runs coming from 49 and 33 deliveries respectively.

Pakistan tackled the Aussie bowlers, not handing over them many scalps and reached the fate, sparing an over, and six wickets. The successful chase includes the solid start from Fakhar Zaman, who smashed 67 from 64 balls. Imam ul Haq once again raised the bat for another ton, winding up the swashbuckling inning of 106 from 97 balls. As it was not much thrilling, fans welcomed another ton from the Pakistani batting line-up. This time, from Babar Azam. His 114 from 83 balls was probably one of his best ODI knocks.

It must be noted the final ODI, deciding the series winner, will be played on 2nd April at Gadaffi Stadium, Lahore. It will be followed by the one-off T20I, closing the historic Australia tour of Pakistan at the same venue on April 5th.