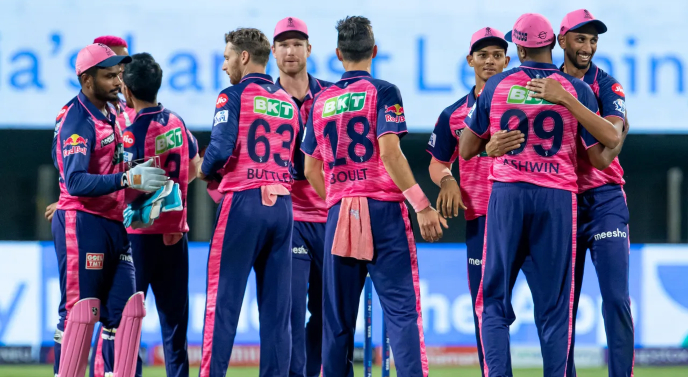 Rajasthan Royals have become the first in the ongoing Indian Premier League (IPL 2022) to successfully defend their title. The Sun Risers Hyderabad (SRH) won the toss and elected to chase, however, the decision did not favour them just like it has been working in favour of teams opting to bowl first in the 15th edition of the league so far.

The pink army set up a target of 211 runs from 120 balls for Kane Williamson and co to hunt but the SRH badly failed to do so. Sanju Samson's men's most runs came from boundaries. Their 210 includes the working of skipper's with 55 from 27, Jos Buttler's 35 from 28, Devdutt Padikkal's 41 from 29. In fact, all lined up to lower order made sure to come up with decent contributions to compile a hefty score.

SRH’s bowlers dropped to showcase appealing performances. No bowler had an economy under seven. T. Natarajan although seized two wickets but capitulated 43 runs in four overs. Umran Malik was another bowler to pick two wickets surrendering 39 runs in four overs. Romario Shepherd and Bhuvneshwar Kumar ceased with one wicket apiece at economies of 7.25 and 8.25 sequentially.

RR successfully uphold their target handing Kane Williamson’s team a wide-margined drubbing by 61 runs. The orange team forfeited seven scalps and could not even operate 150 falling short of the balls.

Their 149 comprises the assistance of Aiden Markram’s 57 from 41 deliveries and Washington Sundar’s 40 from 14 balls, nonetheless, the remnant had no worth-mentioning ballot. The top-order inadequately crumpled since Williamson was sent back by Pradesh Krishna on two runs on seven balls. Abhishek Sharma utilised 19 balls to put nine runs. Nevertheless, the subsequent two batters Rahul Tripathi and Nicholas Pooran slipped on ducks.