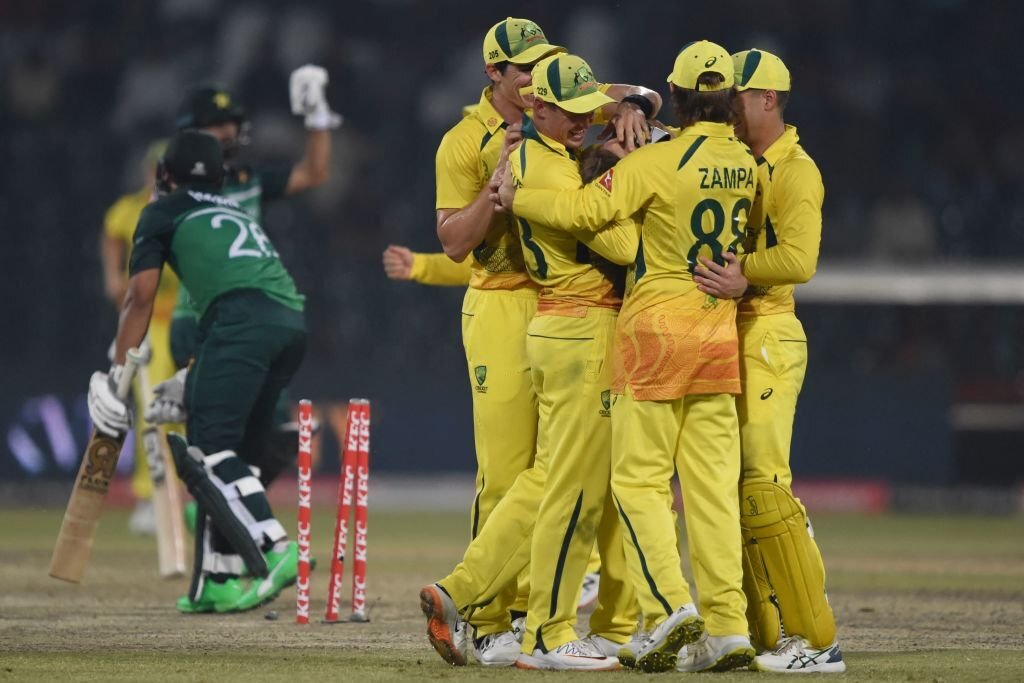 Australia have thrashed away Pakistan in the first ODI of the three-match series of the historic tour with a big margin. The hosts won the toss and elected to bowl conceding a decent-looking score of 314 runs to win. However, they failed in both departments, batting and bowling.

The hosts smashed 313 runs on 300 balls. Notably, 350 or more looked certain at some point, however, they left some runs after 30th over. Yet, the Pakistani batters found it tricky on a 'dew' pitch and lost all scalps on 225 runs. Australia's score had major contributions by Travis Head's 101 from 72 balls. The debut man Ben McDermott slammed a half-ton from 70 balls. In fact, all made notable contributions till the lower order to compile 300 plus runs for the hosts to chase for.

The men in green could only pluck seven of Aaron Finch and co's wickets. Zahid Mehmood and Haris Rauf grasped two wickets apiece at economies of 5.90 and 5.50 sequentially delivering 10 and eight overs. Iftikhar Ahmed and Khushdil Shah could manage one wicket for each conceding 36 and 50 runs from six and 10 overs.

Pakistan lost the wicket of Fakhar Zaman at the earliest which was the first blow to deal with for them. The opener could not surpass 18 runs and went away striking 100. Imam ul Haq although managed to get his eighth ODI ton, but kept on losing partners at regular intervals. Apart from Imam, only Babar Azam could add 57 at a gradual pace, and the rest departed with no worthy contributions.

Australia's Adam Zampa rocked with the ball picking four wickets. Travis Head and Mitchell Swepson managed two wickets apiece. The bowlers did no mistake and took everything under their control. They were equally potent with the bat and the ball and blew away the hosts by 88 runs.