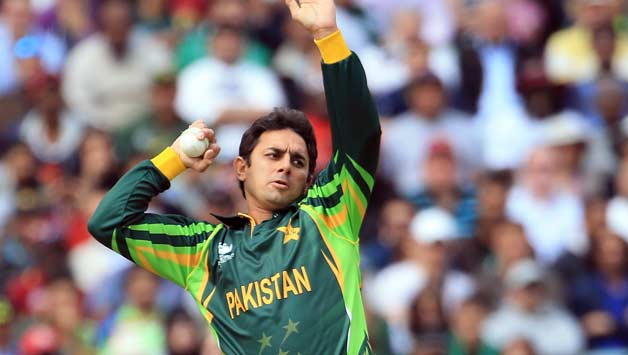 Former Pakistani leg-spinner Saeed Ajmal has reckoned that a bowler should quit Test Cricket if he complains about flat pitches. He believes the spinner should have an idea of playing mind games with the batter. Saeed stated the players should have a strong temperament to pluck scalps in any condition rather than complaining about the nature of wickets.

Ajmal sees no point for a spinner in first examining the pitch and then bowling. He says a spinner should be habitual to all kinds of pitches, or else thing does not make a bowler a 'spinner'. His statements came after many players were seen talking about the flat Rawalpindi pitch and using similar terms for the Karachi pitch.

During the second Test match, Pakistani bowlers could not gather many wickets but Australian bowlers were truly in action. Both of the test matches were drawn with the final Test remaining to conclude at the Gadaffi Stadium to decide the three-match test series' winner.

“To take wickets, you need temperament. You need to bowl a good 8-10 overs to play mind games with the batsmen and then you will be able to execute your plan. If you want to complain about ‘flat pitches’ then you should quit cricket. If the spinner is going to look at the pitch and then bowl, what is the point of being a spinner then? Spinners need to learn to perform in all conditions,”

The ex-bowler is of the idea that Pakistani pitches are always not spin-friendly. He was quoted as saying, “The notion that Pakistan always had spin wickets was never the case. Even when we were playing in the UAE, we had to spin the ball and it did not just magically happen,”