PCB reveals how much PSL 2022 earned 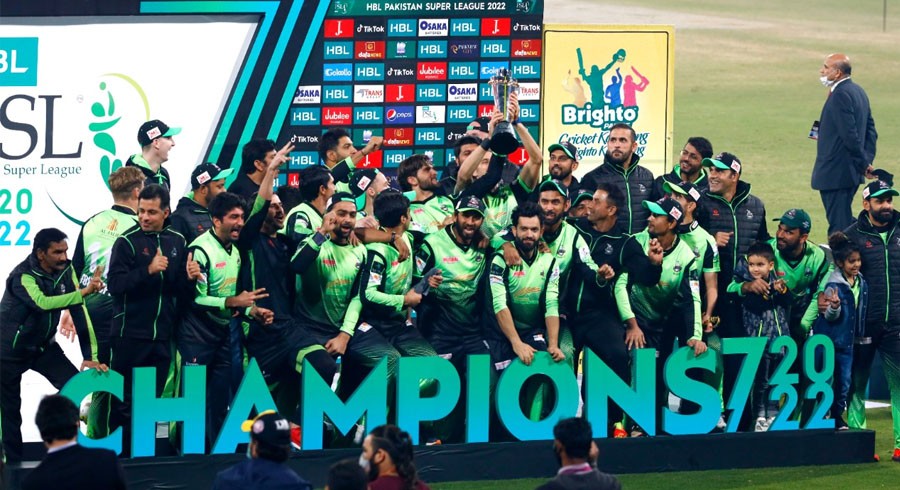 Ramiz Raja, the chairman of the Pakistan Cricket Board (PCB) has revealed the exact figures the board has earned through the Pakistan Super League (PSL 2022). Undubtedly, the tournament has been the huge success. The board became successful in hosting the league within Pakistan despite COVID fears welcoming the top-notch players which have made PKR 540 Crores for the community.

While talking to media in an informal interaction, Raja also told PCB is now on the verge of making PSL as bigger as IPL. No doubt, IPL has gain huge success and is one of the oldest T20 leagues, counting 15th birthday this year. The world's cash-rich league welcomes the cricket stars from all over the world offering them hefty amounts than their central contracts.

“We will make PSL as big as the IPL. PSL has become the brand of Pakistan. Pakistan has benefited a lot from the PSL. Also, in the last season, each PSL franchise earn around 540 Crores."

There is no deny to the fact PSL has become the top-class brand but yet, it has not beat the level of IPL according to Raja. The chairman further showed board's interest in playing tri-series with India as offered by Cricket Australia (CA) between the three countries.

Raja stated PCB cannot force BCCI to play cricket with Pakistan neither the board's earning relies on India. He believes the concept of bilateral series is now older and the tri and four-nation series are the future of cricket. It must be noted Pakistan and India have not played any cricket together apart from ACC and ICC events.

"Bilateral series concept has got older. The future is tri-nation and four-nation series. We want to play tri-nation series involving India. Pakistan-India cricket has highly been missed. We can’t force ICC to ask India to play with us. Neither our cricket relies on playing against India nor our earnings,”