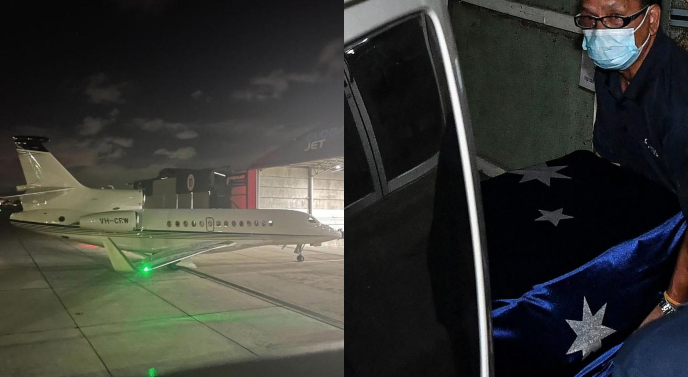 Shane Warne's dead body has arrived in Australia for the last meet and greet with the fans. The legendary cricketer arrived in Melbourne, at Essendon Field Airport at 8:30 PM GMT on Thursday via a private jet.

The greatest leg spinner of all time died on 4th March accused of a sudden heart attack. He was found unresponsive in his villa in Thailand despite the best medical staff provided to him.

The pictures of Warne's coffin, wrapped in the national flag as a tribute to his services for Australia, earlier got leaked on social media since. He has bagged 708 Test wickets, the most by any Australian bowler so far, in 145 red-ball contests.

His body was loaded in an ambulance to reach the Don Mueang Airport in Bangkok on Thursday morning to fly back home. The video on the internet is shared below:

Warne's death ceremony will take place at Australia's biggest Melbourne Cricket Ground on 30th March. The tickets details will be available soon since over 100,000 spectators are expected to attend his funeral.

According to Warne's family, he complained of chest pain before his trip to Thailand. The cricketer developed heart diseases and asthma over the last few years. Citing in interviews, the family revealed he was on the liquid diet for the last two weeks before his demise.