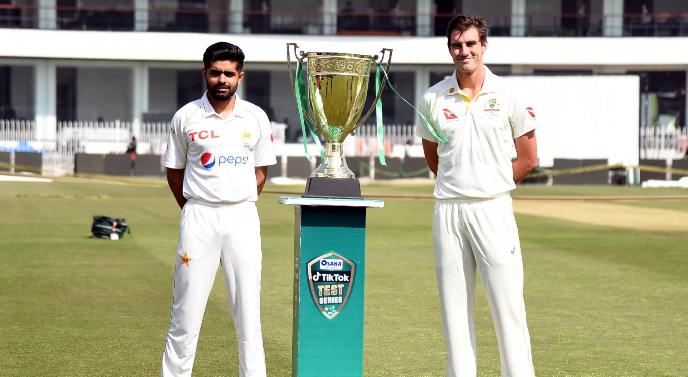 Not many hours left since the historic Australia tour of Pakistan will get underway with the series opener, the Rawalpindi Test, as the fans cheerfully anticipate the much-awaited moments. Australia are in Pakistan after more than 24 years, and nothing can make the fans happier to see the revival of international cricket in Pakistan at its fullest.

The two teams will play a three-match red-ball series, as many 50-over encounters, and the only 20-overs rivalry. The first Test match is all set to rock the Rawalpindi cricket ground on 4th March. No surprises, all tickets for the series opener have been sold out following the cricket craze and hospitality embracing the cricket gurus.

Australia are in Pakistan with their full-strength squad including the likes of Steve Smith, David Warner, Marnus Labuschagne, Usman Khawaja, and many others. The fact makes Aus vs Pak even more interesting. Let's see how the fans are waiting to see the first ball of the historic tour being delivered.

3 days left for historic Pak vs Aus test match in Pindi i hope i dont wake up to the news of Australia leaving the country because they received an email for chootmarani69@gmail.com

"Sports has the power to unite people from all races, cultures & background". Pakistan is peaceful country and safe for Cricket ALHUMDULILLAH this is the best moment of Pak vs Aus serias 💚🇵🇰#AusWelcomeToLandOfPeace @TeamGreenWolves pic.twitter.com/7CbeJvJ8Kt