James Faulkner vs PCB - The Inside Plot 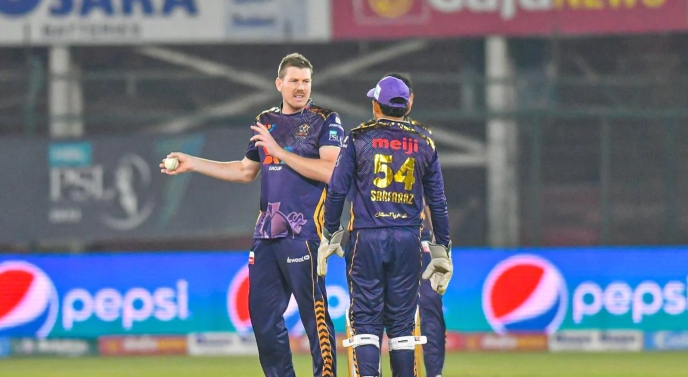 Quetta Gladiators' James Faulkner expelled himself out of the Pakistan Super League (PSL 2022) mentioning being 'ill-treated' by the Pakistan Cricket Board (PCB) alongside the payment issues.

Taking the matter to Twitter, he narrated he wanted to play a crucial role in the revival of international cricket in Pakistan but the board's behaviour with him has been inappropriate concerning finances.

1/2
I apologise to the Pakistan cricket fans.
But unfortunately I’ve had to withdraw from the last 2 matches and leave the @thePSLt20 due to the @TheRealPCB not honouring my contractual agreement/payments.
I’ve been here the whole duration and they have continued to lie to me.

2/2
It hurts to leave as I wanted to help to get international cricket back in Pakistan as there is so much young talent and the fans are amazing.
But the treatment I have received has been a disgrace from the @TheRealPCB and @thePSLt20

I’m sure you all understand my position.

The reports state Faulkner issues his bank details to the board and his 70% salary was transferred even before the league started. However, the Australian cricketer now claims the bank's credentials are false and demands another transfer into his other account.

The PCB tried everything in its power - It asked the bank to refund the amount which did not become possible. According to the policy, 70% of the amount is issued before or in the mid of PSL, whereas, the remaining amount is transferred after the league winds up.

Also, the legit news post his demands rising from the team, Gladiators.

As a consequence, he protested and did not feature in the QG's match versus Multan Sultans. The PCB released a short statement on the matter citing 'Mr. Faulkner's statement's false' and will share the detailed clarification in a short course.

Faulkner was sent back home earlier today. At Lahore's immigration, he misbehaved with the security. Moreover, he earlier broke assets of the hotel and was asked for a penalty on check-out.

The rest of the details will be shared once officially out. Stay connected with us!