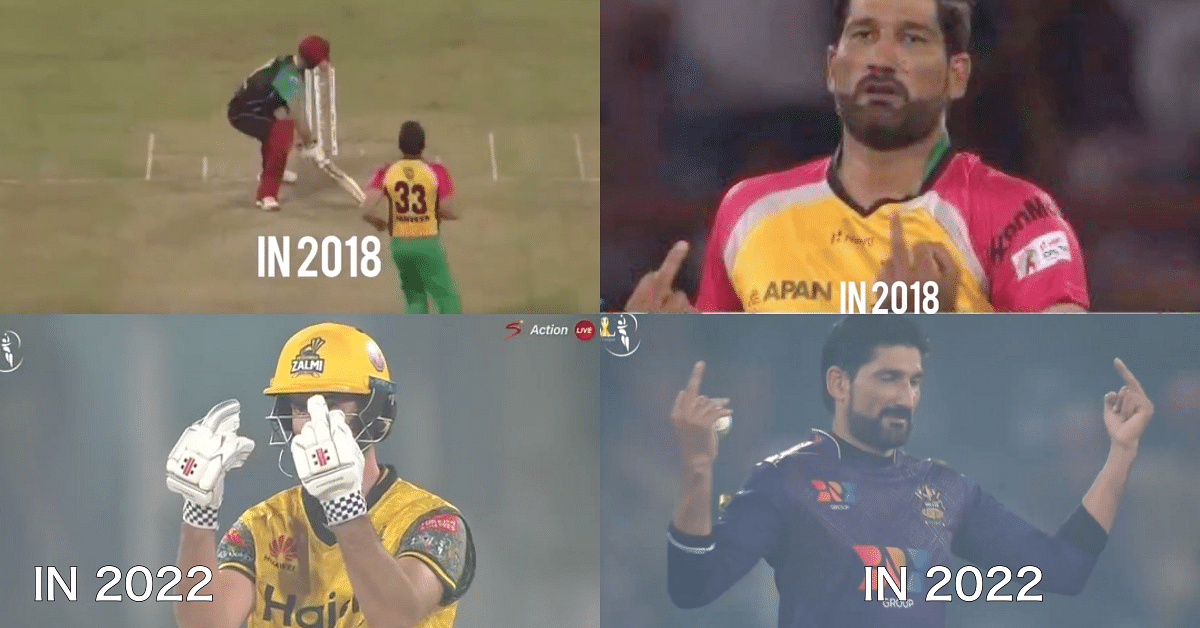 The middle-finger gesture shown by Ben Cutting and Sohail Tanvir to each other is what is too inn on social media right now. During the Quetta Gladiators vs Peshawar Zalmi encounter on Tuesday, Ben slammed Sohail for three back-to-back sixes and raised middle fingers of both hands.

Apparently, the sign was not loved by Sohail as the duo had a heated argument that got sorted out later. Later, when Ben handed over an easy catch at backwards to Tanvir on Naseem Shah's delivery, the left-arm pacer looked like all he was praying for was Cutting's wicket or catch. Tanvir showed the same gesture to Cutting on his dismissal.

Notably, the controversy is now but is rooted back to the Caribbean Premier League (CPL 2018). When Sohail's Guyana Amazon Warriors lock horns with Cutting's St Kitts and Nevis Patriots, the bowler, at first, took the initiative to show the batter his middle fingers on the dismissal. Cutting must have waited for the moment of revenge and finally exploded during PZ vs QG match.

Momentarily, Sohail and Cutting are in hot water as the management, taking notice of the actions, is likely to announce the punishment imposed by the match referee.

Meanwhile, let's watch the Twitter reactions on the incident:

Would be hilarious to get Erin to interview Sohail Tanvir

That’s quite a finish by @Cuttsy31! Obviously the catch had to go to Sohail Tanvir 🔥🔥

Ben Cutting and Sohail Tanvir just throwing up middle fingers at each other like 6 year old kids.